How To Impress A Stranger Woman? 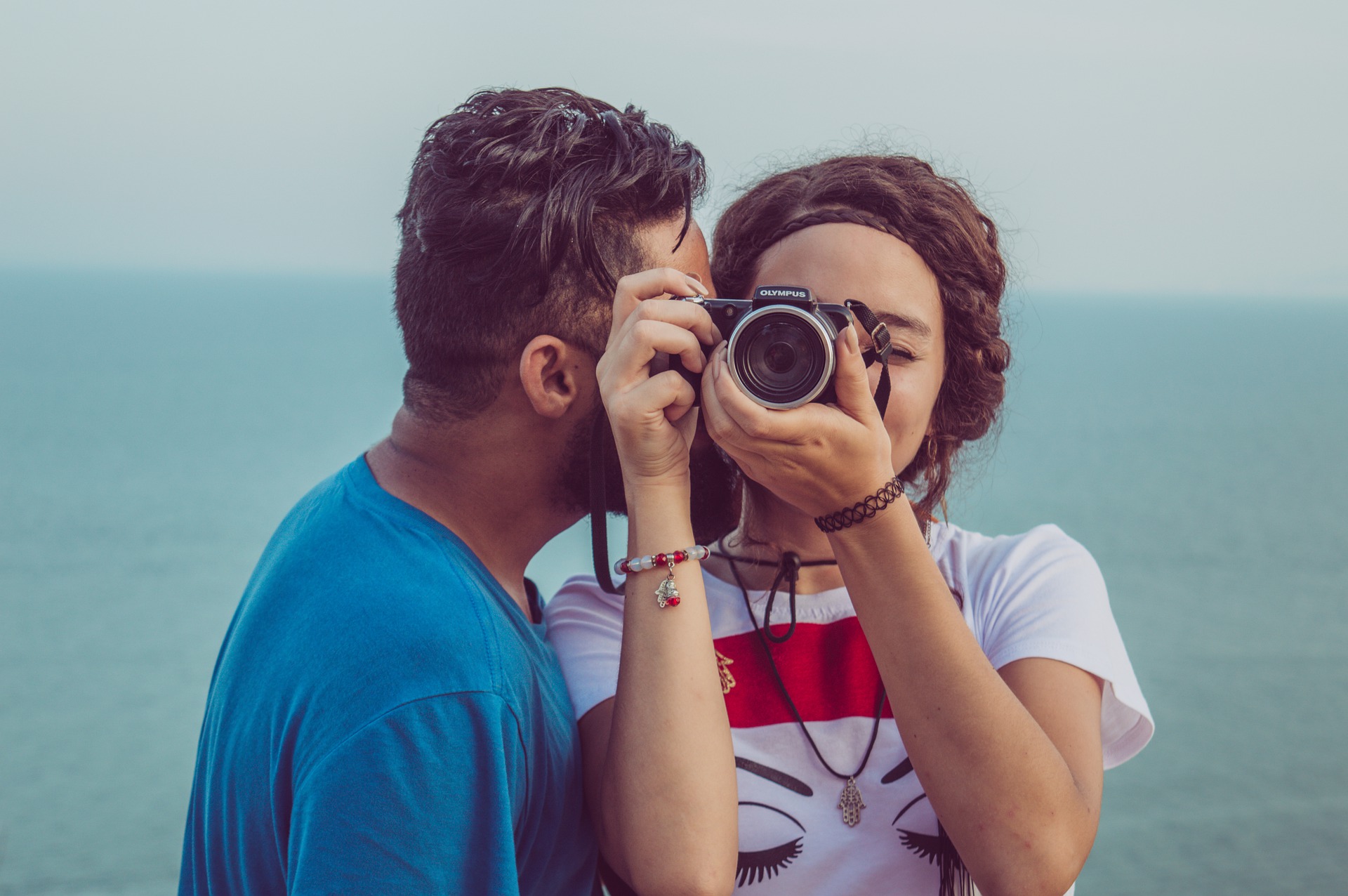 How To Impress A Stranger Woman?

In this article we are going to talk about the How to impress a stranger woman? Connections are made when we talk to people. We meet a lot of people in the course of our lives. In school, college and workplace we come across various kinds of people who have different thoughts, different opinions and different views on life than us. We can never know what kind of person we have met unless we talk to them and get to know the. A lot of people are really good at reading people but some are as clueless as the day they were born. It is not their fault; people really do have a façade pulled on most of the time. People pretend to be someone they’re not and thus we can never read them accurately.

How to impress a stranger woman?

When we meet so many people in our lives, there are bound to be some people we like the most and among those people there has to be that one person we have more than platonic feelings for. When you have just met a woman you want to get to know more about and be one of the important persons in her life, you’ve got to play safe. She is not going to trust you so easily and definitely not going to be impressed by a stranger she just met. So here are a few pointers that might help you to impress a stranger woman.

Women like men who are well-groomed. They want to be with a man who knows how to present himself. Hygiene is a very important factor that can get you noticed by women. You don’t need to put in over the top efforts to look good for her. Just looking neat and tidy would suffice. Women get automatically impressed by men who smell good. Don’t bathe yourself with deodorant which suffocates her with its strong smell. Use nice-smelling cologne after taking a shower and that would be enough. Make some efforts to dress up nicely when you know you are going to see her. Your hair would also play a very important role. Imagine how you would feel if a girl you are going to meet comes with shabby and uncombed hair. That’s exactly how she would feel if your hair are not combed and set properly.

Before trying to impress someone else, spend some time to work on yourself. This does not include only the appearance. Appearances matter obviously, but also work on your skills and personality development. In fact, this process starts from a very young age when you’re still a student. Study hard, build a career and also work on your character development. Women are impressed by men who have a steady career and know what they are doing with their lives. Your ulterior motive in life is not to impress a woman one day, so you should try to make yourself a better person first. You would be confident if you know that you can be an eligible partner for any woman out there.

Women are very observant creatures. They will get to know when you’re trying to be someone you’re not while trying to impress her. Don’t show off your assets too much. Be a regular guy she has come across who stays down-to-earth. Women like when a well-established man has managed to stay rooted even after achieving so much in life. No one likes to hear someone brag on and on about their materialistic assets. Don’t try too hard to impress her. Be yourself and she would see how genuine of a person you are and definitely would be impressed. You don’t want her laughing off about how she met a guy who just wouldn’t stop showing off.

Read Also: What Do Girls Like In A Guy?

Not all women love to talk endlessly. Some women only talk whenever necessary and required. But they definitely like to be listened. If the woman you are trying to impress is a closed off person who doesn’t open up that easily, you can try to talk more to break the ice. But once she starts talking to you comfortably, listen to her. Don’t go on and on about your own life and not let her talk about her opinions and preferences. When you listen to her, you would get to know a lot about the kind of person she is and then you have a chance to impress her even more. She would be happy to know that you actually paid attention to what she was talking about.

Everybody likes to be complimented; women just a little bit more than men. They like to know that someone paid enough attention to the way they were carrying themselves to give a compliment about it. Don’t let it be some lame compliment that she might have heard from a lot of guys before. Try to be genuine when you are complimenting her. Notice the little things about her and let her know that she was noticed. But don’t do it in a way that she gets conscious about herself. A true and unique compliment can sway her in a way that she wants to know where you both might head if you get in a relationship.

As mentioned earlier as well, women are very observant. If you are paying special attention to her while standing in a group and when you are trying to impress her in general, she would notice your body language. Our body sub-consciously has some tells that can indicate that we are romantically interested in someone. You lean more towards the person you like, you stare at her longer than necessary, you try to grab her attention by doing silliest of things, and you offer drinks and snacks to her first and so on. There are a lot of body language tells that can show your interest. And women for sure notice these things. They get to know how genuine you are and if you really like her or do you have some ulterior motive. So try to keep your body language in check and be genuine with her.

Women naturally have a guard up when they meet stranger men. Unfortunately, almost all women have had some bad experiences with such creepy men who tried to impose themselves on her. So even if you are trying to impress her, keep your behaviour in check. Take things slow and get to know each other. Don’t scare her off by rushing through things. Don’t touch her in an inappropriate way, don’t stand way too close to her if not demanded by the situation, don’t stare at her in a way that would creep her out and she starts feeling self-conscious. Make genuine approach your way of impressing her and she would see you as the guy she wants to be friends with. Start with friendship and see where things head.

Read Also: How To Ask A Girl If She Is Interested In A Relationship?

Although there has been a lot of debate on equality and chivalry but women know that chivalry isn’t dead yet and want to be treated right. Be polite to her and show her that you’ve been raised to respect those who deserve respect and she is one of them. Little gestures create a lot of impact and make her notice you. Offer her food, listen to her, make eye contact, hold the door for her, and respect her choices and so on. These gestures seem very useless but they can leave a mark.

Don’t make fun of her for her choices in life and don’t make her feel judged. She won’t feel impressed by someone who forces her to leave her own true self and try to change her. Treat her the right way; that’s the way to a woman’s heart. If you genuinely like her, this wouldn’t be too hard for you as it comes automatically to treat the people we love in the right way.

Respect is something no woman would compromise on. If you are trying to impress her, it means that she deserves your respect and right treatment. She is a woman and they really have things difficult. It is difficult for everyone but almost all women have had someone trying to impose themselves on her so she knows that she has to stay alert at all times.

Nothing can be seen as an invitation to treat her inappropriately. Making a woman feel safe is something not all men can achieve, and if you are able to do that in such short span of time, she would open up about her life and you would get to know her on a personal level. You both will spend time together and eventually, decide if you both are compatible together for being in a serious relationship. Even if you both eventually get to know that the attraction you felt towards each other was mere attraction, you must still respect each other and go your own ways in a civil manner.

Don’t stick to her like a leech. Even though you’re trying to impress her, give her some breathing space so she can think things through. Don’t impose yourself on her that she has no thought left other than trying to escape. She would try to get as far away from you as possible if you make her feel forced to like you. Be yourself and let her decide if she likes you or not. If she tells you that she is not interested, don’t take it as an ego clash and try to prove that she is missing out on a lot if she isn’t with you.

She is refusing for a reason and that reason can be as simple as she doesn’t like you in the way you like her. You can be great person but that does not mean you are compatible with every woman. You cannot decide for her so you must respect her decision.