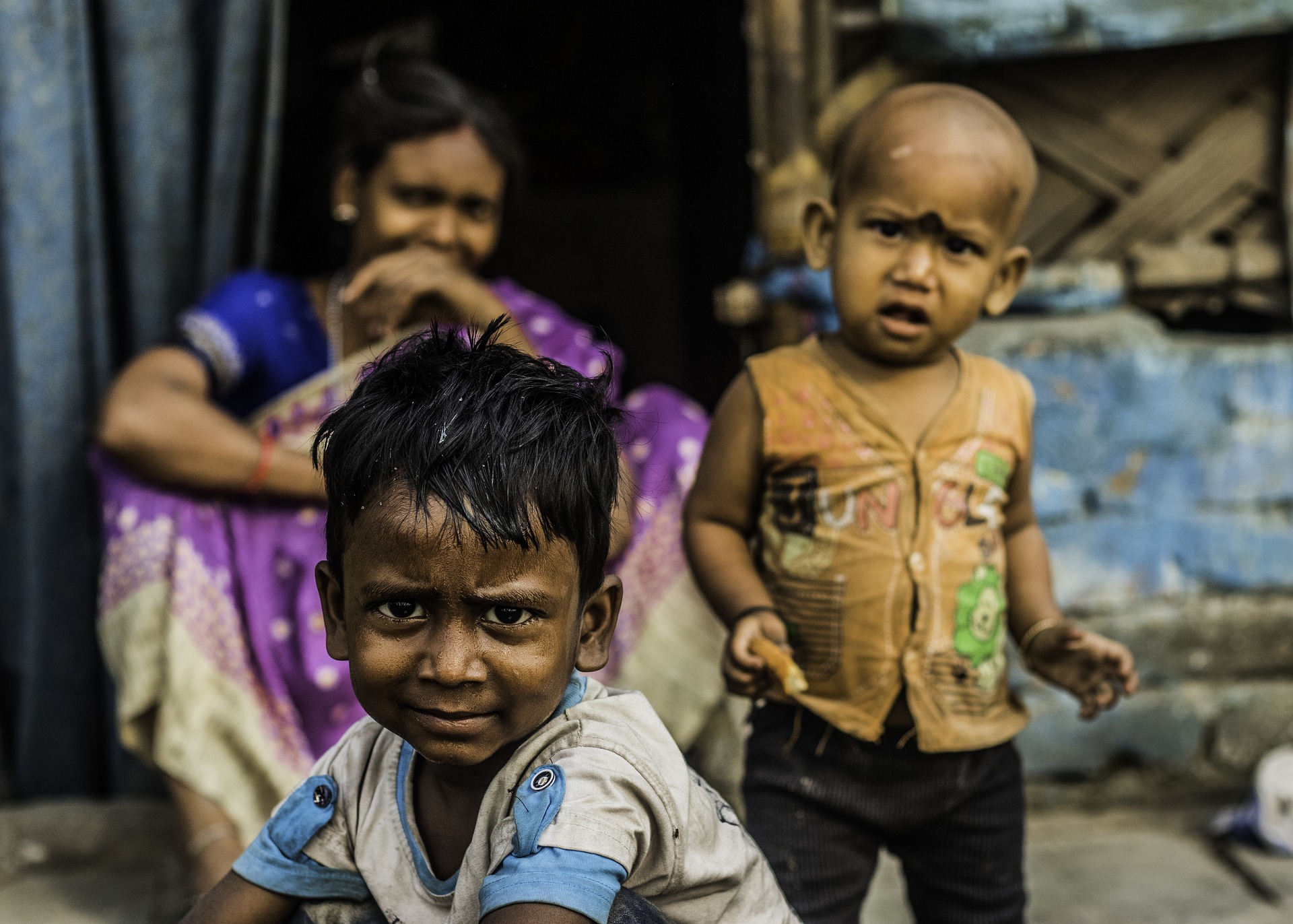 She was running very fast, through the narrow mud trail leading up to a thatched shed. From a distance all anyone could see would be a mass of green and brown over which decaying hay was laid. The walls were green with moss and the inside was surely not any better. The brick walls were damp inside and slimy near the bathrooms. The the cleanest spot out of the whole three rooms; living cum bed room, kitchen and bathroom was that of the 17-year-old Parvathy. When young Parvathy first won the lemon and spoon race in the kinder garden, her father, a daily wage worker alienated by his fellow neighbors and friends for his progressive thoughts was so proud and elated.

He took his little girl up on his shoulders and walked home amidst all the other parents and their cars. The now teenager Parvathy still remembers being excited when her father made room for her small trophy in the shelf. After that the shelf slowly started getting filled, with trophies and medals, small and large. Each of them was carefully cleaned by her family regularly. It was the proud display piece for the entire family.

Parvathy was tired by then; she had been running from her school kilometers away in her worn-out school shoes for over 30 minutes. By the time she opened the aluminum sheet door of her home she was breathing heavily, her white school uniform drenched in her sweat. But like always her face flashed an energetic smile as she greeted her stay-at-home mother. Her mother who was only 16 years older than herself was bemused. She has never seen her daughter this excited before, at least it’s been a long time.

“What is the rush Paaaru…? Anything exciting at school? And why did you dirty your uniform” Her mother asked as she made chilly chutney for their home-grown tapioca.

Parvathy wanted to say it out loud then and there, but this was a very important news and of course her father hadn’t come back yet.

“Maa… let dada come too, it’s a surprise” she said much to her mother’s annoyance.

Leela, her mother knew it was no use trying to persuade her daughter to say. Parvathy had strong will and determination, she would never change her mind once decided. It was a character that she herself lacked but admired so much in her young daughter. There was many a times Leela wondered what her life would have been if she had continued her schooling after 16 years and not forced to a marriage. Would she have become a teacher like she always wanted to be? If only her parents and family members were like her husband, a man of no education or a stable job but a hero none the less for herself and her daughter. Her husband looked so daring when he verbally fought with her little Paru’s grandparents who were forcing her daughter to get married at the tender age of 16 too.

Vijay the man of the household came a little past 7: 00PM. As soon as he got home, Parvathy led him to the small area on the floor where they usually sat to have food.

“What is it Paaaru?… let me change into fresh cloths first.” He said confused.

But Parvathy was done waiting. With sparkling black eyes and a mouth that will break into beautiful smile any second, she said:

“Maa, Dada…Remember the scholarship test for the entrance coaching center?… I got in.”

Leela and Vijay were both exhilarated. Their daughter was one step closer to her dream of becoming a doctor.

It was few years back when her mother developed PCOS, Parvathy experienced the illiteracy of her villagers. She was shocked knowing how her mother was ostracized by them. Even her mother herself had no clue what it was and often gave in to the neighborhood bullies. Parvathy forced her mother to go to a hospital but she was reluctant to do so.

“We have only just enough money for the family to get by, and you want me to waste more on hospitals. I am totally fine.” She would say every time. The same woman would be seen much later holding back tears when her in-laws blame her publicly for not giving birth to another child.

It was her dream, her mission and goal to bring a change to her village. She wanted to be successful and at a high level socially and economically to bring medical help to people as poor as her. She wanted to be a respected doctor.

Her parents were both delighted and worried when she expressed her interest to be a doctor. Happy because they knew she was talented and extremely studious. They were sad because they were worried of their own financial state. A private medical school costs anything between lakhs to crores. Getting into government medical colleges is harder due to its highly competent nature. Vijay has seen many of his employers’ children who went to expensive coaching institutes fail miserably in getting into medical school even after two attempts. He knew it would be difficult to save up enough cash for coaching, given that he is struggling to make ends meet currently.

Parvathy even at the age of 16 was not an inconsiderate daughter to her parents. She knew well enough that it was literally impossible for her poor family to gather money for coaching. But this did not dishearten her, she always looked for opportunities around her. She called many coaching institutes but none were willing to sponsor her.

She strongly believed that God will show her a way. Also, She never stopped working towards her goal even with no guarantee. Students of her school, girls and boys can be seen taunting and teasing Parvathy when she stayed after classes to clarify her doubts with her teachers. She tutored small kids of rich families, some even of her fellow class mates to make some money just to go to internet cafes. While kids of her age were seen browsing through 18 plus sites and video games, there was always Parvathy searching for scholarships online, taking notes for entrance exams.

She can only spend an hour or two in the café daily with her money, but she made sure it was fully utilized. There were many a times even the teachers in her school demotivated her, called her to wake up from her dream. There were countless people in her village who called her ambition a far cry from what her reality was.

Vijay and Leela too did their part. It was a constant astonishment to them that two illiterates in a godforsaken village had given birth to such a gem. They were inspired by Parvathy and her dedication every second of the day. Unlike other kids in the village their daughter did not blame them for lack of money, she did not make a fuss in front of her parents. They knew she wanted the latest toys just like her friends and classmates, but never forced her parents. To support their daughters’ ambition, Vijay started doing more jobs, he started working many shifts any time he could. They were on a strict family budget for the past two years.

It was on one of her daily visits to the internet café that Parvathy got to know of a scholarship program for coaching. It was only going to be a short crash course as she was already 17 now, about to take the entrance exam. She prepared harder for it as there was only limited seats. The neighbors of this small family would often see young Parvathy reciting her lessons daily, from evening to late night. Sometimes she even stays up without sleeping a wink. There was an atmosphere of tension and worry in her house as the date for the exam got nearer. But neither the silly jokes of her father nor the light in her own eyes diminished. They were as bright and gleaming with determination as ever.

Leela was worried if her daughter would get sick staying up too late at night, she would then prepare her snacks from anything they have at home. Leela sacrificed the two saree and other accessories she would buy every year for her daughter. All the saved-up money would go to buying fresh fruits for her dearest Paru. No one even her husband knew that she was also secretly going to households as a cleaner after both her daughter and husband has left.

And finally, after many days of extreme hard work Parvathy had cracked one barrier before her. She started the 30 days crash course with so much hope. She was not the best performing student initially because unlike many others in her class she had no formal prior training or coaching. But her tenacity won over all the obstacles and soon she became the first in her class.

She never stayed idle, not even for a minute till her entrance day. Her whole family; Vijay and Leela accompanied her to the exam center. They waited eagerly for her daughter and prayed every moment of it.

Many days passed after the exams and the family started getting back its normalcy. Loud laughter and waves of joy could he heard and felt by the passersby from the small rodent infested shack. Finally, when the results were announced it was no surprise that Parvathy cleared the exams.

Parvathy and her small family are an example of the power of sheer hard work and unity. Money does not determine one’s fate. Nor does it say anything about the love between family members. Parvathy’s success is not her own, it is also the result of the unyielding support her parents gave to her. She will be an inspiration for the many generations to come in her village. Her journey does not end just here, it is only the beginning of it. She will remain an example to all kids and grownups in her village that you have to make most out of your circumstances. 17-year-old Parvathy will continue her journey till she reaches her milestones.