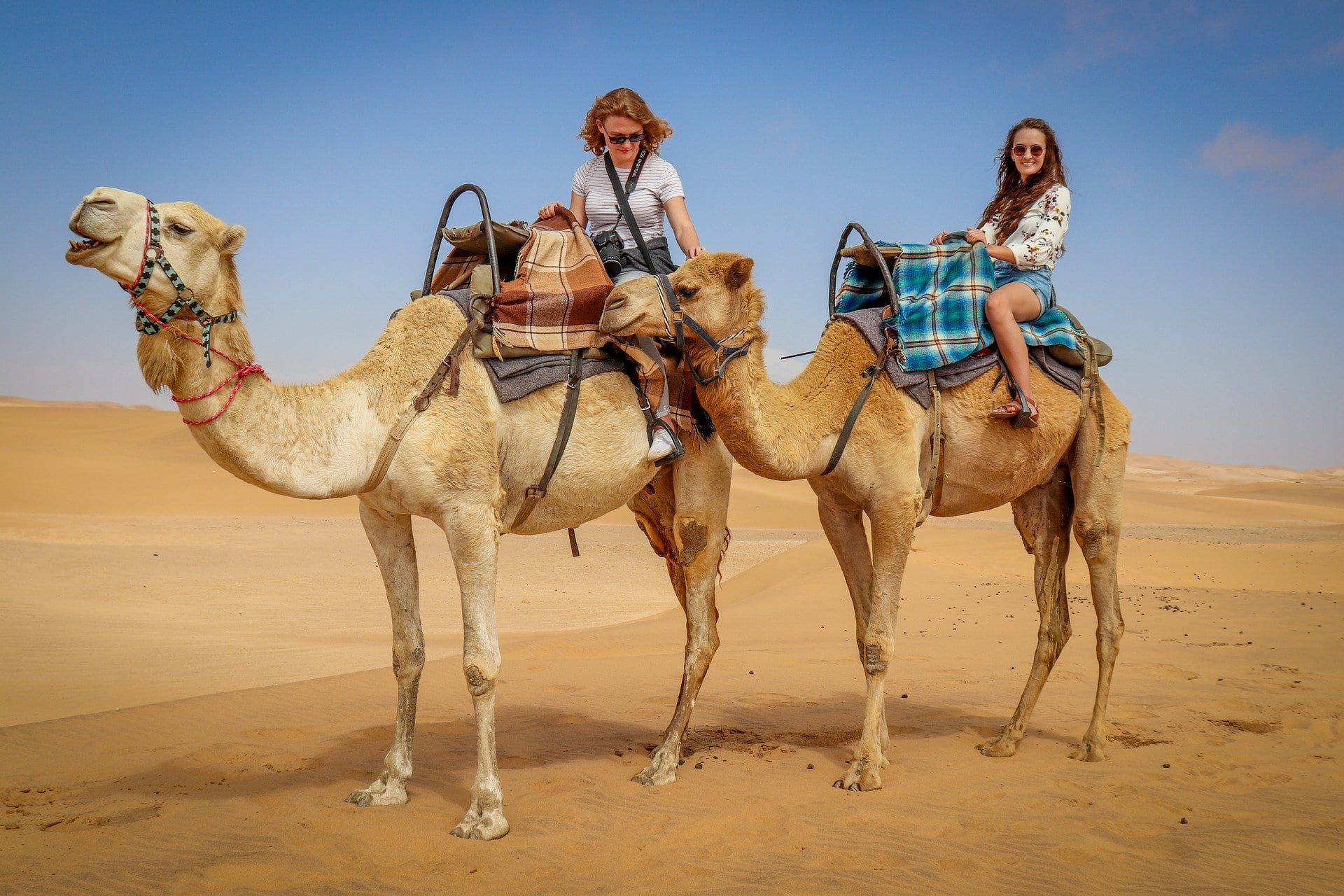 In this article we are going to discuss about the top 10 most beautiful places in the World. Our blue planet is a splendid world occupied by a wide range of species. The landscapes around the world hides grandeur beyond measure. It is a challenge to determine the most beautiful place in the world for the competition can be tight. From the Artic point to the Antarctic, earth performs magic exciting us with splendour of varied nature. It ranges from richness of white snow to the might of the roseate sand dunes.

Here is the list of most beautiful places in the world.

A natural wonder carved by nature, running over 277 miles in length and 18 miles in width is the Grand Canyon in the United States. It is a steep-sided canyon, curved out by the Colorado River in the high plateau region of Arizona. The Grand Canyon is today contained within the Grand Canyon National Park. The massive area holds the geological history of over two billion years. One of the world’s prime natural attraction, it fascinates over five million visitors every year. It has been popularized for its unique colouration and fabulous shape.

It is situated at the southwestern part of the Colorado Plateau covered with horizontal layers of rocks and lava flows. The most spectacular area of the Canyon is inside the National Park, covering the area from Lake Powell to Lake Mead. The Great Canyon is red in colour. However, each stratum of rocks has their own distinctive shades which includes green and pink, buff and grey and more. It is considered one of the wonders of the world. UNESCO designated it as a world heritage site in 1979.

Often considered an icon of Inca Civilization, Machu Picchu is a fifteenth century Inca Citadel, located in the Machupicchu District of Southern Peru. Declared as UNESCO World Heritage Site in 1983, it was included in the New Seven Wonders of the World in 2007. The site is divided into two sections, the urban and the agricultural. It has been built in the classical Inca style using dry stones. The three primary structures in Machu Picchu are Intihuatana, the Temple of the Sun, and the Room of the Three Windows. It was discovered in 1911 and since then it is the largest tourist attraction in Peru.

The panoramic view of the land is breath taking. It is one of the places in the world which should be visited once in a lifetime not only for its beauty but also for the artistic magic rendered by the site. The stones with which the site has been build are said to dance during earthquakes, an occasional phenomenon in the land. This throws light to the incredible civil engineering of the ancient times. The site is home to many other wonders including a secret temple and a hidden museum. There are ruins and trails yet to be discovered, making this ancient Inca site a masterpiece.

A journey to Torres Del Paine can gift you not only a spectacular landscape of sweeping beauty but also an unparalleled experience in lagoons and glaciers.  The National Park located in Chilean Patagonia, in the southern tiers of the Andes, is a combination of mountains, glaciers, lakes, valleys and rivers. National Geographic has listed the place as the fifth most beautiful place in the world. The site is embellished with a wide variety of flora and fauna. These adorable features make the place a heaven on earth. It bears the famous Grey Glacier, Lago Grey, Lago Pehoe, the O-Trek and the W-Trek.

Another great attraction is the three distinctive granite peaks called Torres Del Paine. The land is marked with seventeen hours of daylight in summer. The sunrise during the time attracts thousands with its purple and red glow. Visitors are given the opportunity to sail on the Lake Grey or to immerse in the flora and fauna of the land. The sky, land and water together create a jaw-dropping scenery, beyond man’s imaginations.

A small island, popular for its beaches and resorts, is located in Aklan, central Philippines. Off and on shore sights and adventures are striking. The Bulabog beach in the east coast and the White beach in the west coast along with Mount Luho offers a panoramic view of the whole land. The coral reefs and shipwrecks found offshore is another wonder for it is home to assorted marine life. The island is 7 km long and 1 km wide. Not just the ostentatious view but also the recreational activities available in the island attracts a huge mass of tourists. Even though small, the splendid view it offers is huge.

The seventeen beaches and coves are the primary attractions. The island is a part of the Western Visayas Island Group. Even though people get attracted to the island for its landscape, the government has designed various other tourist attractions. Ariel’s point, Crystal Cove Island, Mount Luho, Crocodile Island, Boracay Bat Cave, Willy’s Rock, Balinghai Beach, Puka Shell Beach, White Beach and more such thrilling places together contribute to the beauty of the place.

Part of Nanda Devi and Valley of Flowers National Park, Valley of Flowers is located in Uttarakhand, India.  The valley has been included in UNESCO World Heritage Sites. Widely recognized and admired by mountaineers and botanists, it splendidly stands below the Himalayas, capturing the heart of every person who visits the place. The importance of the valley has increased due to the diversity of alpine flora found in the place. The discovery of several rare and extinct plants adds to its importance. It is described by natives as ‘heaven on earth’. Orchids, poppies, marigold and daisies are the main flowers found in the place.

Even though the valley is covered under snow for most of the year, the months of June to October presents the viewers amazing scenery. All the flowers bloom together, presenting a magnificent view, indescribable using words. The land is like a bouquet, packed with flowers of all kinds. The path to the valley is also breath taking with dense forests, rivers, glaciers and waterfalls on the way.

6. The Great Barrier Reef and the Whitehaven Beach, Australia

It comes under the list of must-visit places on earth. The largest coral reef system in the world is Great Barrier Reef. Stretching over 2300 kilometres, this masterpiece in Australia, provides a feast for eyes with the diverse marine life present in the reef. The land can be explored, swimming or sailing or even diving to enjoy this living wonder. The reef is home to a variety of marine life, diverse and vivid. Whitsunday Islands, ancient Daintree Rainforest, tropical islands like Hayman and Lizard et cetera should never be missed. Along with the landscape, the marine life inside the coral sea is worth exploring as it provides a mightier view.

This active volcano is situated in the southwest of Tokyo, stretching over hundred kilometres. Mount Fuji, commonly called “Fuji-San”, is Japan’s tallest peak.  It is a symbol of Japan and is considered among the three sacred mountains of the country. The rising-sun viewed from the top of the mountain in the “Land of Rising Sun”, provides a unique experience. The graceful conical shape and the hair-raising view are its main attractions. The sight of the mountain standing tall, wrapped in the evening glow of the sun amidst the clouds is dramatic. The five lakes that floor the mountain is popular for the inverted reflection of the mount in its waters. The vast farmlands surrounding the streams injects a lush green tone to the overall milieu.

The mountainous shoreline is on the Kauai’s North Shore in Hawaii. It spans seventeen miles along North Shore. The exciting scenery is from the raising cliffs that tower the land and from the beautiful beaches guarded by it. The rugged terrain renders a dramatic beauty. The sea can be explored, and the beaches enjoyed. Some scenic beauties like the grand Manawaipuna Falls cannot be approached directly and has to be viewed from above.

Read Also: Advantages and disadvantages of traveling by Bus

Victoria Falls, named after the queen of Britain, is one of the world’s largest waterfalls. It is on the Zambezi River in southern Africa. It was included in UNESCO World Heritage Sites in 1989. The rush of water downhill together with the seven colours spreading across is worth staring at. The magnificent waterfall provides shelter for a diverse range of flora and fauna. There are two national parks at the falls. Victoria Falls is often described as the ‘greatest curtain of falling water’. The sight of a placid river transforming into a ferocious torrent is splendid. A special vantage point is located across the knife-edged Bridge, offering a view of the whole area in its full glory.

This costal desert in southern Africa stretches for more than 2000 kilometres. Namib can be told as the oldest desert in the world. The sand dunes in here is world’s second largest dunes. The area is home for several endemic species. Extending over a large part of the desert is the Namib-Naukluft National Park. One of the major attractions of the desert is the Sossusvlei area, where an amazing landscape is formed by the high orange sand dunes that surround vivid white salt pans. Bogenfels, Moon Valley, Sesriem, Solitaire and Sossusvlei are some other notable area of the desert.

This blue planet is a world of wonders. Magic resides in every natural creation, from a glowing rain drop to soaring mountains. It is our duty to explore them, for their still remains secrets yet to be discovered.