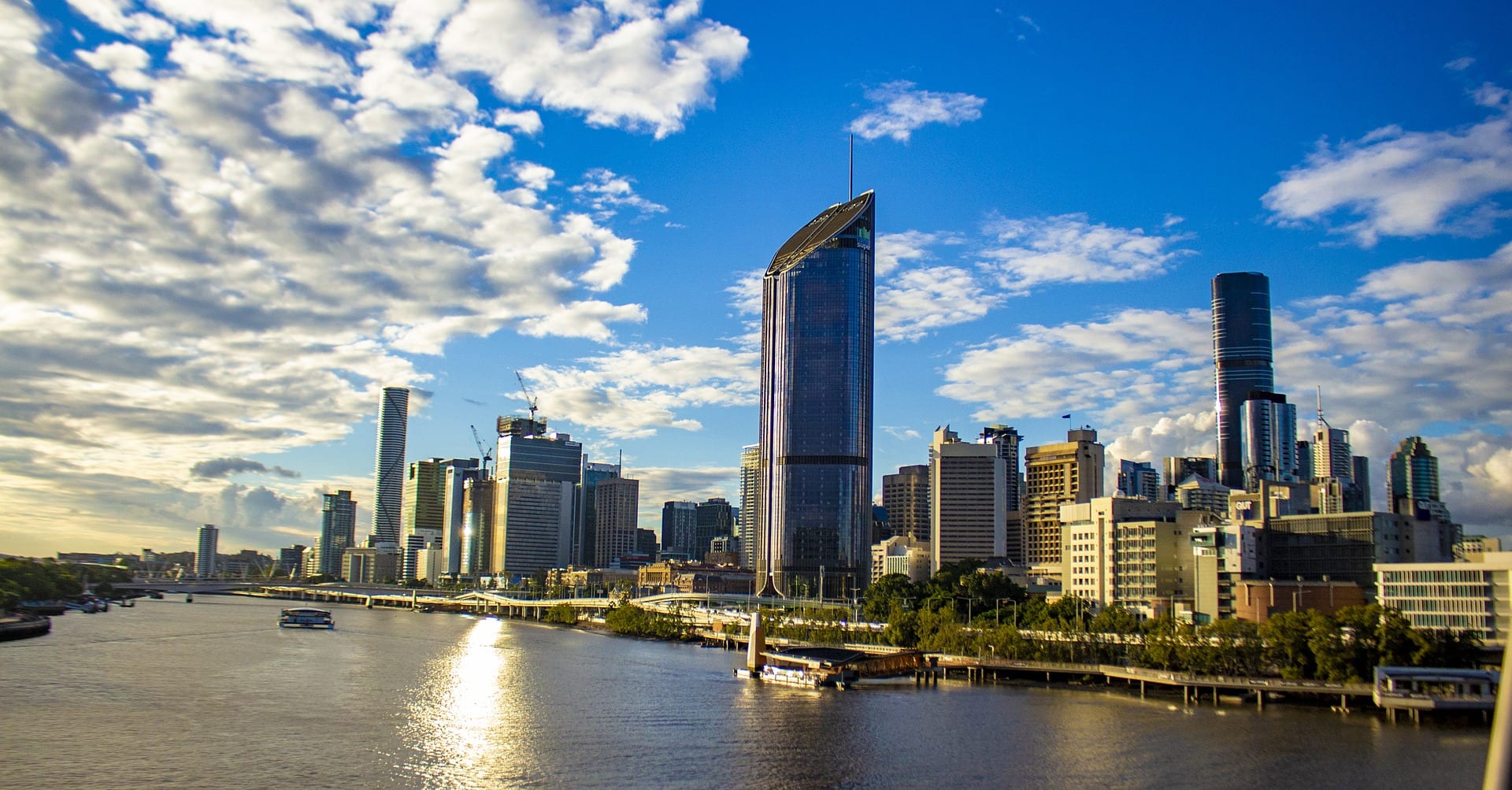 In this article we are going to discuss about the top 10 most developed countries in the World. Our home, Earth was formed approximately 4.4 billion years ago and since the formation to date, it has been undergoing constant changes. The earliest form of living things began to grow on earth almost 3.7 billion years ago, and from those living creatures all of us are known to have evolved. Living things have been developing and adapting themselves to the surroundings and thrive through survival. Those who could not adapt themselves to their surroundings ceased from existence.

Humans are the most intelligent creatures alive on earth and we take great pride in saying that. We have come a far long way from the apes from which we are believed to have evolved. We taught ourselves the art of survival, we learned to rise on top of the food chain. The tremendous advancements in the fields of science and mathematics have the answers to many questions that were believed to be “unanswerable” in the past. We have learned to communicate with one another, to express pain and love, to work on things that bother us, etc. All of this makes it very clear that we humans, in a general sense are very developed and advanced creatures.

Humans have the greatest gift which is also our greatest strength. We are given the ability to think. We can think and come up with ways in which we can improve our comforts, to reduce the human efforts put into everyday tasks. Despite all of these abilities, there are a lot of underprivileged countries that are struggling to feed their people, keep them happy and healthy. The key to development occurs when there is liberalization, privatization, and globalization.

Development is a huge word that has been coined for something that is so simple. When the people of a country are educated, when they meet the basic health care requirements.  The another thing is that they use the proper physical and theoretical knowledge to come up with things that matter to us. When there is a drastic increase in imports and exports. Another parameter to measure development is the employment rate i.e required to be higher in developed countries. When there is an increase in the GDP of a country and there is an increase in the economic value, the country is said to be called a developed country. The human development index(HDI) determines which of the four tiers of a development a country stands upon.

According to a UN report, Norway was ranked as the most developed country of the world. Norway is a Scandinavian country that lies in north-western Europe. The country is ranked number one because of its very high HDI value of 0.954. It is also the fourth country in the world with the highest literacy rate of 99%. It has state of the art health care facilities in the world and is also the world’s largest exporter of natural gas. The country also has a very high employment rate of 75% where most of them are working in the service sector. The country also has a very high GDP rate of almost USD 93,000 by the end of the year 2020. They have very fine art and education systems with fine schools. Norway is also the world’s richest country with an average monthly income of USD 5,400 per person.

Switzerland, a country known for its tourist spots and chocolates is also the second most developed country in the world. Switzerland has a human development index value of 0.946. The average life expectancy of 85 years as per a survey conducted at the start of January 2020. Switzerland also has the most developed infrastructure, schools, and colleges. They have high service sectors which makes the employability rate of the county of almost 79%. The average monthly income of the county is almost USD 4,900 per individual. The country has high incomes from both tourism and exports of its goods. It is a very clean country with very low crime rates. All of these factors make the country a developed and highly successful country.

Ireland is an island located to the southwest of Great Britain. Ireland is the third-largest island in Europe. The country is third on this list because of its high GDP and HDI values. The human development index of the country is 0.942. The average life expectancy of men is 79 years and that of the women is 83 years. Ireland is the fastest country to climb up on the list this high in the past five years. The average number of years spent in schooling is approximately 19 years which is much higher than the above two countries. They give a lot of importance to education and hence are on the top three of the list. The employability rate of Ireland has gone up to 70% from 68% in the last quarterly.

Germany is a country located in the western European region. It is a very big country and also a beautiful country to visit if you’ve never been there. Germany has a very high human development index value of 0.943. Germany is the home for many multinational companies and industries like Volkswagen, Siemens, Bayer, etc. These companies are known to produce high-quality goods, automobiles, and automobile parts. It is quite obvious that with the establishment of so many MNC’s the employability rates are also pretty high. The employment rate of Germany is 69.34%. The majority of their income if from the exports from companies like Bosch, Volkswagen, Siemens, etc. Germany also like the above countries has an impeccable literacy rate of 99.0%.

Read Also: 10 Things To Carry On A Road Trip

Hong Kong also referred to as the special administrative region of the people’s republic of China, although it is still technically a part of China is an independent country in terms of economy. It has the economic and judicial powers of any independent country. Hong Kong has the highest human life expectancy rate of almost 85 years. The human development index value of Hong Kong is just the same as Germany that is 0.943. The GDP of Hong Kong was calculated to be approximately USD 48,760. The literacy rate of the country is 99% and its unemployment rate is almost 2.74%.

Australia is the sixth country on the list and has a human development index of 0.938. Australia has a pretty impressive life expectancy rate of 83.8 years. Another major reason why it is on the list is because Australia has the lowest infant mortality rate in the world. The infant mortality rate is approximately 3 in every thousand births which means that the health care facilities in the country are top-notch. Australia also has a high literacy rate of 99% and is very impressive taking into fact the huge population of the country. Australia has a GDP of almost USD 1.14 trillion. This is majorly comprised because of the service sectors. The country has high employability rates of 79% and is pretty high for a country that big. The country is also a proud member of the G20 summit, the world trade organization (WTO), the Asia-pacific economic organization, etc.

Read Also: Pros and Cons of traveling by Plane

Iceland is an island nation present in the European continent. The country is the hotspot for a lot of volcanic mountains, hot springs, geysers, and lava fields. Despite all of the geographical disadvantages, it has the sixth-highest HDI the same as that of Australia at 0.938. The country has a very nice, state of the art healthcare for its citizens, fine and well defined tertiary education. Iceland stands out from the other developed countries by using its expertise in renewable energy, and various other such programs. It is also more than happy to help the other developing and underdeveloped countries with all of its knowledge and resources. The country is also the world’s most peaceful and safest country in the world.

Sweden is the eighth country on the list and has a human development index value of 0.937. The life expectancy of an average fairly healthy Swedish adult is almost 82 years. Sweden has the same number of years of schooling as Ireland that is 18.8 or simply 19 years. They take great interest in the education and hence have a literacy rate of 99%. The country offers free access to health care facilities, very low unemployment rates, and poverty levels. Majority of the Swedes income is from the export of goods to other countries. They export goods like vehicles, machine and machine parts, electronics, etc.

Singapore is present in Southeast Asia. It is one of the most peaceful and safest countries in the world. Singapore is also known for its cleanliness. The country has an HDI if 0.932 and hence stands ninth. The life expectancy of the country is almost 83.5 years. The schooling duration is almost 16 years which is slightly less when compared to that at Sweden. The country has one of the highest GDP growths at 7.7% since its independence. The service sector and the manufacturing sector are the backbone of the country’s economy.

Netherlands is the last country on the list with a human development index value of 0.933. Although it has a dense population of 17 million, it still manages to be a fairly clean country. The GDP of the country is 16th highest in the world despite its population. It is the eighth-largest country for the export of goods. The country has a life expectancy of 82 years and they have very low unemployment rates. They have fine health care centres with highly qualified doctors and surgeons. They have 18 years of schooling system and also a high literacy rate of 99%.