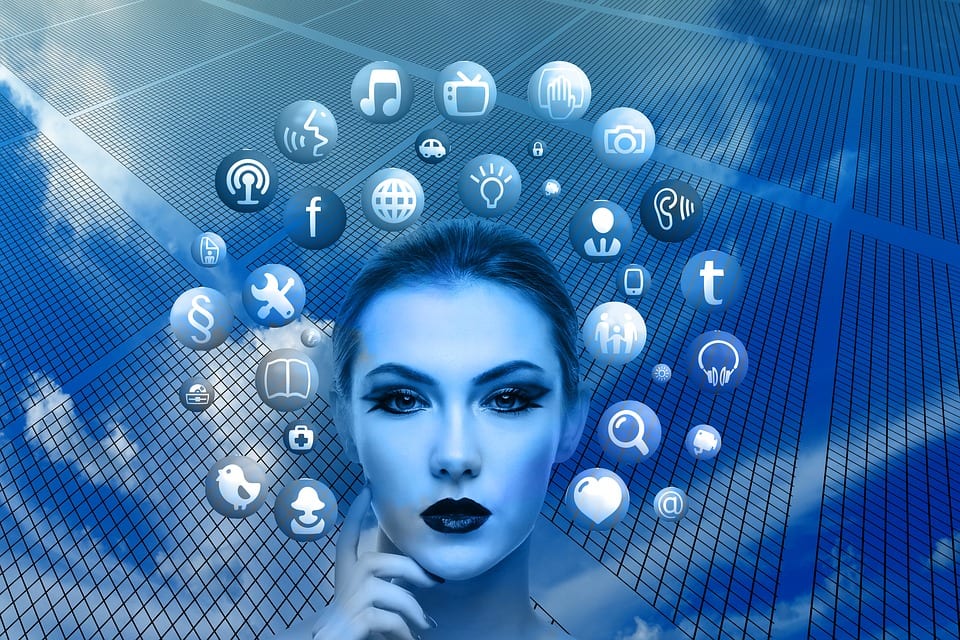 Advantages and disadvantages of using social media are described here in this article. so, you can come to know about the benefits of using social media as well as it’s demerits. Are you having a facebook account? If not you must be having a WhatsApp account. The world has digitalized beyond our imagination. The use of social media has grabbed the world. Many people have created more than one home in the virtual world like facebook, WhatsApp, Instagram, twitter, skype, Quora and many more.

But the question is, do making such homes is of any use for the society or just the opposite. Back in 2004 when Mark Zuckerberg co-founded facebook he opened it with a noble and good intention of interaction among college friends. But on the other hand, now in 2019 when it is having almost 2 billion users, it is not completely used for the sole purpose with which it was founded.

Many account hacking and other ways by which it is harming the real society can also be seen. Thus, we can see that despite so much advanced technology, social media is not completely safe for everyone. Yes, you read it right it is safe for some people. Those small fraction of people are those who use social media carefully and wisely. Yes, based on your use the social media can be useful or harmful to you.

Here in this article, we are providing you the various advantages and disadvantages of social media. Starting with the advantages here they are :

Here are 5 advantages of using social media listed below:

The first and the foremost advantage of social media is connectivity. It allows people to connect with other people around the globe. It is the same advantage with which Zuckerberg co-founded facebook. The basic idea of social media is to widen your horizon and to connect and to know and to share your thoughts with other persons around the world. You can also make new friends over here. You can meet new persons who have common interests and thus enrich your knowledge. Suppose in your childhood you had a very close friend but as you two grew up you got separated by the state boundaries or international boundaries but here in social media you can again have a reunion and can talk with each other.

You can also post different pictures of yours or any other pictures. The specialty of social media is that it keeps your memories very safely and even after 10 or 12 years you can cherish them when you see it again. Social media follows no gender, caste, religion or location barrier. Any person sitting anywhere in this globe can interact and exchange views with another person sitting in another corner of the globe.

It is another important aspect of social media. Learning something new, learning something different, learning something which is not there in your syllabus. There is no place and no time for learning. You can learn and expand your knowledge from anyone and from anywhere. The social media provides the best platform to do that. It helps one to gain knowledge from the experts who are themselves masters of that particular field. The most surprising and important fact about learning in this new style is that all these are completely free. Yes, you don’t even have to spend a single penny from your pocket.

You can also search for topic-specific pages on facebook and post your queries there and can get instant help from the masters of that topic within a few minutes. The most useful social media specifically for this education purpose is WhatsApp. You can send pictures of your doubts, clear your doubts over a video call from your friends or from your teachers. Social Media users can even form groups where you can discuss about any particular topic or question there with other knowledgable members of the group. You can also follow many enthusiasts and many teachers on Instagram and see their daily lifestyle and can implement on yourself to bring a change in you.

Another important aspect of social media, you can get the latest updates, the trending things and the breaking news of the United Kingdom right on your screen. Many times the television reporters and the print media often show biased news which aligns the thought process and the conclusion of the common people in a different direction. All these occur due to some political pressure or due to the willingness of the print media. Here again, social media comes to rescue.

The social media shows the correct information as it is possible that the person present on the spot of the situation might have captured the news and he or she is also a social media user and have posted the same. The best social media for information and for getting the latest updates are Instagram and Twitter. Even many press media also see the news on Twitter itself and then make their story.

We all have come across different categories of ads on the social media platform. The social media is the best platform to promote your business because you are completely open to a large audience. Why only business? you can also promote the national team or any other franchise. If we talk about business only then the largest expenses are that due to promotion and advertisements. But if you are getting the same or much better results by not spending anything or even if you have to spend something that is also very less, then you will obviously opt for the cheaper one.

Social media is the best place to promote something. Also, the likes and shares that is, the reviews of the audience might also attract the larger audience to set a deal with your company.

Click Here: Thing to do when you are bored at home

In social media, you can get a wide variety of people. As I have said earlier also you can also get people which may have common interests and interacting with them you can also make small communities. For example, if you are a bit religious and want to learn about more such kinds of stuff. You can join the religious communities where you can get many religious pundits and get widen your range.

It is not necessary that you need to belong to that particular religion. If you are a Muslim then also you can join a Hindu community or a Christian may join a Jain community. The main motto is to widen your knowledge. If you are a car lover or love to play online PC games then you can also join the respective communities on social media to improve your gaming or any other skills.

Here are 5 disadvantages of using social media listed below:

These are some of the worst aspects of social media. Cyberbullying is nothing but threatening a person or bullying a person by certain means and leading to mental torture on the victim. It can also lead to suicide by the victim. Since there is no restriction on the number of accounts that a person can open and there is no trace of their original identity. Therefore, the reports of cyberbullying has increased over the last few years. Consecutively, the number os suicide cases have also increased its graph.

The stats show that in more than 90% of suicide cases among teenagers, the sole reason is cyberbullying and mental torture that it creates. Hacking is another mental pressure that might also kill the victim. Hacking is the loss of personal data and privacy which can be seen by a third person.

It can also lead to financial losses and can also destroy your personal life. Since the time Facebook has got its fame, it is reported with several hacking incidents. Several updates and many software had not been able to minimize hacking incidents. These incidents occur just because of the negligence by the users. Those hackers only get to know about your personal stuff only when you yourself share them publicly.  These two are the major disadvantages of social media. However, one can easily get past them by not sharing your personal stuff and passwords, etc.

This is another disastrous disadvantage of social media and can destroy the lives of many children. Reports show that more than 50% of the facebook account holders are teenagers. Though the age limit is set at 13 as the minimum but many children use their guardian’s email id and set a false age and thus are able to create accounts on the social media.

This not only disturbs their personal life but also has the ability to destroy their entire career if proper measures are not been taken before it is too late.

Social media can easily spread a bad reputation about you or your business by making a rumor about you that goes viral.

In social media, many pictures and videos are found where a person is seen doing a stunt which might mesmerize you and many teenagers also try to attempt those stunts and in that process lose their precious life.

Nowadays people are using social media as a medium of proposing and marrying each other. But in the majority of those cases, it is seen that those have resulted in cheating cases and frauds.