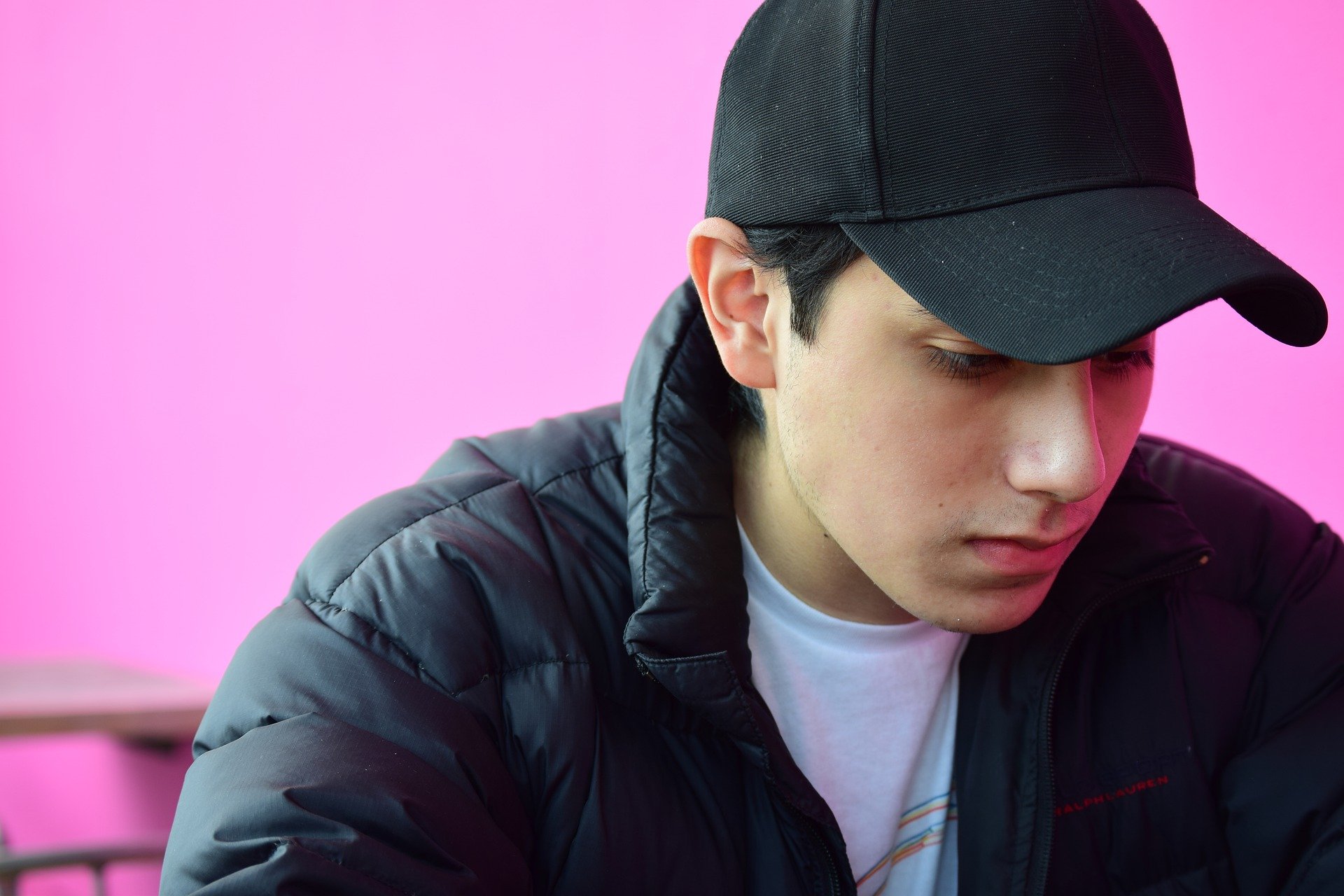 In this article we are going to talk about the How does a Guy feel when a Girl leaves him? From our young years, we all craft our own idea of a  ‘Picture Perfect ‘ relationship that we would like to have with the most compatible person we could find for ourselves. After all, we as humans are biologically programmed to do so! So, it is not unsurprising that this ideal relationship we imagine serves as a point of expectation for any of our future encounters.

At some point in time, we meet someone who seems to have it all, and are smitten by them to the point where it almost feels like we’re under the influence of an intoxicant.

Simply having no control over our minds.

FMRI scans show that the brain of a person in love looks no different than that of a Cocaine addict. Imagine that! (Guess that’s why they say ‘ Love is a drug’). It also means that after a breakup, how we feel could be similar to that in the case of a withdrawal reaction.

Keeping their personal biases for one another aside, it’s fair to say that, for both the guy and the girl, it seems as if the world has come crashing down. This pain is comparable to that of physical hurt.

However, The way men and women feel after a split is different. In this article, we would dive deep into the psyche of the Male gender in order to understand the Top 10 Things A Guy Feels When A Girl Leaves Him:

Since time immemorial, men are always told to be Alpha, to not cry in public as it is frowned upon and viewed as a sign of weakness. Therefore, emotional numbing is one of the ‘go to’ as a form of initial reaction, as well as a defense mechanism that he adopts in response to a girl leaving him. Characterised by the guy displaying no feelings. It is not because he is cold or has no feelings at all.

The reason behind this is being overwhelmed with new information that is heavy on the heart. In reality, he is simply trying to process the information before acting on it. He is aware that things will not be the same way anymore and changes have to be made. It is going to be nothing less than a bumpy ride for which he has to mentally prepare, face and eventually outgrow. As a result, he can go on for days, weeks or perhaps months without talking about it.

On hearing news of the girl leaving him, he might even laugh it off. Completely refusing to accept reality. It is common to stock your partner online and think to yourself, “She loves me, she is just testing me”. He would tend to romanticise the split as being a part of the ups and downs that come with being in a romantic intimate relationship by reassuring to himself coining rationalisations such as, “Rachel and Ross also took a break but they ended up being couple goals later on!”.

As bizarre as it sounds, it is completely human to do so!

“Look, I really liked this girl and now that she’s left me, I doubt if I was ever good enough”. He starts to question his own self worth and at the same time idealises the girl as too good to be true. Also, He starts to pin the fault on himself. He starts thinking as to what he does not have that it takes to have the girl. ”Why did she leave me?” “Where did it go wrong?”. It is also startling for the guy to discover that he has no identity whatsoever other than being with the girl. This loss of identity amplifies feelings of inadequacy.

Read Also: What Makes A Women Fall Deeply In Love With A Man?

Guys tend to sideline their friends and peers and try to spend as much time as possible with their partner. They do this to invest in the relationship because of a strong emotional connection with the girl. Now that the girl is gone, it becomes hard to put that empty time to good use. Reconnecting with peers can seem like a mammoth task (especially if he sidelined his friends on a bad note). Let’s be real, aren’t we all guilty of doing that?

Ironically enough, we have an innate fear of being abandoned and the fear of being alone. This is the time the guy is emotionally beaten like a drum on two sides. For one, The girl he used to spend most of his time with is gone. From another, he struggles to connect with those he used to share moments with.

It can seem as if he has no one and has lost ‘ the right person’ and will be alone for the rest of his life. However, one thing to remember here is that it can be the Right Person only when it is two people choosing EACH OTHER.

And two, reconnecting with peers would not be the same as it used to be before he started dating ( at least for some time till the friendship with peers is renewed)

As a result, thoughts like “NO one understands me” may start to pop up.

What one needs to remember is that, there’s always light at the end of the tunnel and it will be alright!

He is reevaluating everything that happened in the relationship and trying to come up with  explanations in an attempt to find the answers as to- ‘Where did I go wrong?’ ‘ What could I have done better?’ ‘ Had we still been together if this particular thing did not happen?’.

After a breakup, everything is haywire and you do not know what the truth is anymore. The only channel of solace for him now  is to scrutinize the memories and find information to work with.

This is done in an attempt to rearrange his thoughts in order to present the information in such a way that it makes sense to him so that he can then understand what is happening to him. This could take the form of rationalising bad behaviour, coming up with justifications. Just anything that can provide momentary comfort to block out the pain. An attempt to find comfort amid the state of panic.all this because he does not want to feel this way ever again.

Read Also: How To Get Rid Of Shyness When Talking To A Girl?

Endless hours of overthinking can be really draining and suck the life out of a person.That is what he is experiencing and needs to find ways to quiet his brain. This can be done only and only by keeping himself busy. This is when the avoidance oriented coping strategy comes to play.

During this point, he doesn’t care if his thoughts synergize  with his actions. Interestingly enough, he does the exact opposite of how he is feeling. This could be seen when he is engaging in meaningless encounters, Partying endlessly and basically becoming a social animal.

This serves as a way of concealing the anguish till he is finally ready to address the elephant in the room.

We as humans tend to be naturally driven towards the thing we cannot obtain. As a result of this emotional “loophole” most of us end up creating, there is a period after a split where the guy ends up rephrasing and over romanticising even the most trivial of details and events that happened during the course of the relationship to be able to feel secure again. It could be analogous to how you feel on having drinks only to get a bad, bad headache later. This leads to temporary gratification and the guy ends up feeling even worse after this emotional hangover wears off.

Read Also: How To Impress A Rich Girl When You Are A Poor Man?

He is frustrated because of being left alone, abandoned and perhaps feeling used.

At this point, an insurmountable amount of time has been spent overthinking and trying to come up with multiple failed attempts to find answers. He is overstimulated and in dire need to to let it all out.

He is hurt and is trying to release that pent up frustration and that leads to unintended aggression towards oneself and valuables. Which is why these things take place.

As preposterous as this sounds, it’s human nature and a vital step towards self discovery!

When the emotional release is over, it comes back and flashes like a kaleidoscope of memories. But this is different because this time he has clarity of perspective. This time, the perspective shifts from being problem focussed to solution focussed. He looks back in retrospect and tries to take lessons from what happened by looking inwards and not outwards. He wants to find and work on things that make him a better version of himself, to rebuild himself and come out stronger and wiser because life goes on after all!

Read Also: How Does A Man Feel When A Woman Touches Him?

It is a growth oriented mindset. He realises that what is done cannot be changed but what can be taken care of is that it will not happen in future, or if it does, it shall be handled better and the same mistakes will not be repeated. He sees this as an opportunity to rebuild himself and head towards the journey of personal growth and self discovery. It is only once you accept that you heal, grow and learn throughout the process!

While a break brings out a guy’s deepest feelings and actions never seen before, it is important to remember that there is no right or wrong way of dealing with emotions. Life can be tough like that but it is these low times that make us accept the good times. A breakup doesn’t just have to be sadness and regret and endless overthinking. It can result in a ton of good things  such as: lo-fi, slow music suddenly seems amazing, you start appreciating yourself more as an individual instead of through a partner’s eyes. You suddenly get the time to not just catch up with your friends, but with yourself. And that is the final and last thing a guy experiences after a breakup (during the clarity phase, of course).