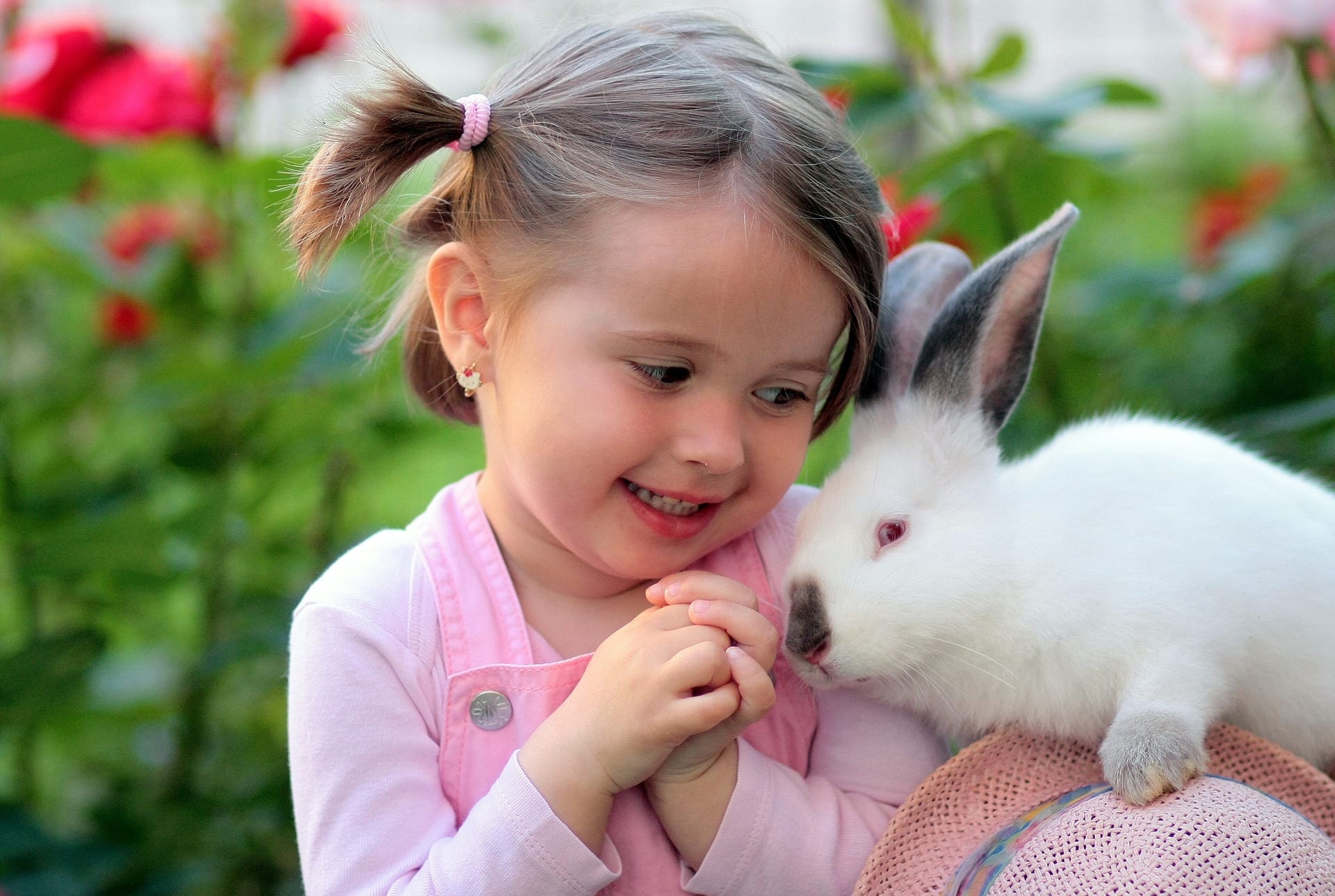 In this article we are going to talk about the most friendly animals in the World. All the animals are beautiful in their own way but all cannot be friendly with humans. But few animals are known as best friends of human and a lot of people pet different kinds of animals as well. Petting animal is a great thing as you find an entertainment partner and animals also take care of your mental health as well.

Many surveys also say that petting an animal help you to fight depression. So, if you want to pet an animal or want to spend time with animals and want to know that which animal is friendly with humans and you can enjoy with them. So here we are with list of top 10 most friendly animals in world who are making us happy and helping us in different ways.

The mesmerizing and innocent eyes of this animal take everyone’s heart. It is the first species which is domesticated. It is the most common domesticated animal in world and therefore known as men’s best friend. Dog is faithful and friendly animal which is loved by everyone. It understands the human emotions and sentiments very well. It is a trustworthy animal and you can trained it very easily. Dogs don’t like rain as they have sensitive ears and the rain sounds hurts their ear.

They have great smelling power, they can smell week old finger print of humans. There are lot of species of dogs, which vary in color, shape, and size, and they belong to same genus as wolves. Dogs are very helpful to humans as they perform various task to help humankind, like they can help you in your household tasks, can do hunting, protect you, and pull loads, assets in police and military. They are so cute and friendly that their owner always called them a part of family.

Read Also: Top 10 Most Intelligent Dog Breeds in the World

Capybaras are the largest rodent in the world. Instead of their enormous size they are the friendliest animal in the world. These mammals are found in swampy areas, which are near to water bodies. They can be tall till 2 feet and can weight up to 65 kg. They live near water bodies because they need water all the time. They eat a lot of grass, an adult capybara can eat 8 pounds of grass a day. They are tail less, brown haired and have webbed feet, these features make them cute as well.

They are good swimmer, sociable and trainable as well. They live in large groups that contain 10 to 30 members and the female take care of their young ones, as they can be attacked by jaguar. They have an average life of 6 to 8 years but if they live in captivity then they can survive for 12 years that is approximately double of their living age in wild. They are found in South America and now lot of people pet them. Capybaras are now adapted to urbanization and you may found them in zoos and parks in South America.

Dolphins are the aquatic mammals and they are known as the smartest animal in the world. They are quite intelligent mammals with good social skills and friendly behavior. They are mostly harmful, playful and you can spot these dolphins following ships and boats. They mostly spotted near Iceland’s cost.

They usually stay in large groups and their groups are called pods. There are approximately 40 species of fishes which are categorized as dolphins, not all the dolphins are friendly, but most of them are. They can survive even if they are blind. Dolphins are also trained for military uses for finding mines and to rescue lost and trapped people. They are also kept in captivity for entertaining shows.

Read Also: Most beautiful beaches in the World

Giant panda is also known as panda bear. They are found in mountains of central china. The round, fluffy and black and white color make them one the cutest animal in world. They are very friendly and fun loving animals. They eat a lot of bamboo and can weight up to 135 kg. But it is very bad to know that they are endangered species. Although they are unromantic animals but they are friendlier to humans. They are good swimmers and can climb up to 13000 feet. They can live up to 20 years in wild. They are also kept in zoos as well.

Rabbits are the small mammals which belong to leporidae family. There are various species of rabbits. They can live up to 1 to 2 year in wild. They are friendlier and cut animals and lot of people pet them. They are herbivores and eat mostly grass. They are curious and hop around everywhere. Most of them are playful, but you find few ones which are shy and they need attention. They are very conscious about their space and need a lot of space to hop and play. If you also want to pet a rabbit then make sure that you brush then regularly.

Guinea pigs are small domestic rodents which belong to caviidae family. They are always found in pair in wild. They are not pig but called pig because they are appeared like pig. They self-groom themselves. They eat fruits and vegetables. The best part is that they can run after few hours of birth. They live approximately for 4 to 8 years and are one of the shortest living animal in world. A lot of people pet them as they are cute, small, and friendly. They want your attention and their teeth grow life time.

Horses are the mammals known for their glorious and luxurious life. They have more than 300 breeds and all breeds of horses are friendly. They drink 25 gallon of water per day, so if you want to pet them then make sure you have enough water to feed them. They are social and friendly animals. They are always used by humans in different ways for different task, like for riding, mountain climbing, travelling, agriculture and horse race is a popular game as well.

They share similar emotions like humans and are one of the loyal animal. The average lifespan of horse is 25 to 30 years. Horses have a good sense of balance and become a full adult at the age of 5. They can sleep in standing positon and as well as in laying down positon too. The group of horse never sleep together, at least one stay awake while other sleep.

Cat is a domestic species, a small carnivorous mammal. There are more than 60 cat breeds, some are domestic and some are wild cats. Domestic cats are pet by a lot of people. Cats are famous for their bossy attitude and for their scratches. But they are playful, friendly, mischievous, and intelligent as well. They are care free and prefer themselves to be neat and clean. They have good night vision, great sense, and strong smelling power and they make sure that rodents never enter your house.

Sheep is a mammal which is mostly kept for livestock. But lots of people are not aware about that they are friendly, non-aggressive and a good companion to humans. They are domesticated for agriculture purpose. They have a lifespan up to 12 years. Its wool is most widely used animal fiber. Along with its lot of use they are very friendly to humans and also pet by lot of people.

Swans are the members of the waterfowl family anatidae. There are 6 living species of swan and geese and ducks are its closest relatives. Swan is the largest flying bird, who is known for their love and loyalty. They feed both on water and as well as on land. They are friendly and beautiful birds until you don’t hurt their partner or young ones, so make sure that you don’t do that.

So here we are with 10 most friendly animals of world, and now you know that where you can find them, what features they have, and what food they love. All the animals are beautiful in their own way but few ones can make you happy, you can enjoy with them and pet them. Dogs and horses are mostly use for different task and work by humans and known as loyal animals. Similarly all animals have their own features but they all are friendly to humans, which make them most loved animals as well.