Top 10 Most Expensive Cities to Live in India 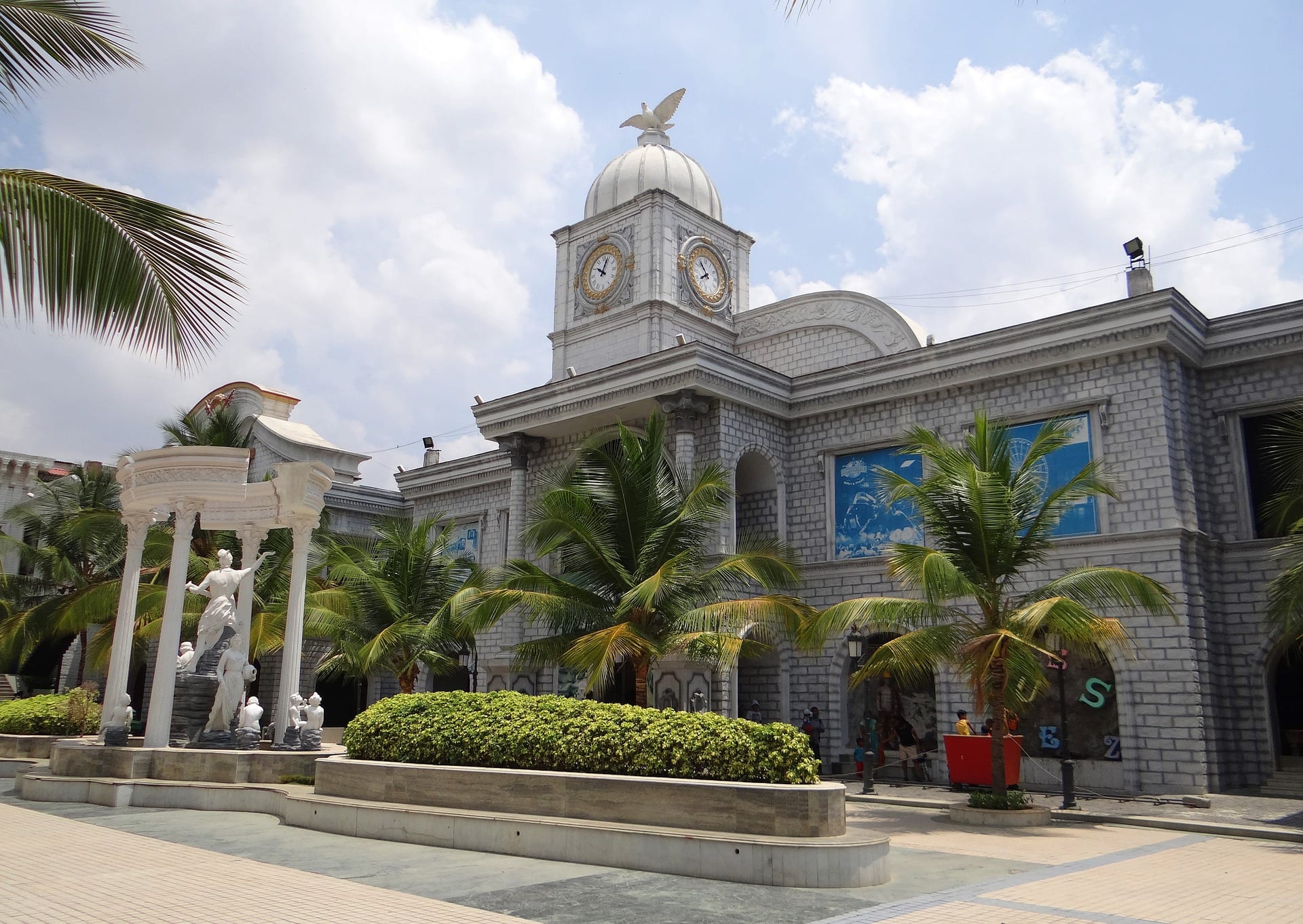 Top 10 Most Expensive Cities to Live in India

In this article we are going to discuss about the most expensive cities to live in India. Well comparison to other countries India comes in the list of one of the cheapest cities in the world, but still it has few cities which have luxurious and expensive lives. Approximately India’s 35 percent population lives in metropolitan cities and in urban areas. The metropolitan cities and urban area provides a lot of job opportunity and good education to people, this attracts people to shift in these cities, which increase population but as well as development too. Rapid development of metropolitan cities and urban areas increases the quality of living as well, and the preference of people also become more lavish and their lifestyle become more expensive.

A city is called an expensive city on many factors, few factors are the status and lifestyle of people, rate of rental and buying property, food, goods, transport, and the rapid development of the area. A lot of people living in rural area want to shift in urban areas or metropolitan cities due to more job and education opportunities, but before moving to any city it is really important to know that what its expenses are. So here we are in this article going to tell you about the top ten expensive cities in India, which help you to know about the city expenses and lifestyle.

Top 10 most expensive cities to live in India

Below we are going to tell you about the top 10 most expensive cities in India, and why these cities are expensive and what is the main features of this city:-

Mumbai is the capital of Maharashtra, and also the financial, commercial and entertainment capital of India as well. Mumbai is also called city of dreams and home to the Bollywood. It generates 6.16 percent GDP of India. There is lot of financial, scientific, and nuclear institute in Mumbai. According to the report of united nation in 2018 Mumbai is the second most populous city of India, due to its huge population and lots of beaches there is less are to build homes. Tall buildings make it difficult to breathe in Mumbai and lots of posh people make it the most expensive city of India. Mumbai have the highest number of millionaires and billionaires among all the cities of India.

The city is the most expensive city of India due to its expensive lifestyle and rich people. The food, transportation, and living are quite high, and the average rent of the house is approximately 20 thousand to 35 thousand, which is quite high. Also the living and food depend on area but if you want to live in a clean and well developed area then you need to pay quite high money.

Delhi is the capital of India and also a union territory. It is the most populous city in India and also the second wealthiest city of India after Mumbai. It generates second highest GDP per capita in India. It is also comes under world most polluting city due to its high population but less space of living. The living expenses are too high and the reason is same that the area is limited but the population is increasing.

The other reason of it being as expensive city is the other satellite cities like guru gram, Greater Noida, Noida, and Faridabad are constantly evolving. The living can cost you from 17 thousand to 30 thousand approximately. Due to developed city and lots of job opportunity the city attracts so many people specially job seekers and this is the biggest reason of increasing population. More population increases the demand of home, food, and transport and making it one of the more expensive city.

Read Also: Top 10 Most Beautiful Countries in the World

Chennai is the capital of Tamil Nadu and the biggest cultural, economic, and educational center of south India. According to 2011 census it’s the 6th most populous city in India. It is also the most visited city by foreign tourist, which have 45 percent health tourist and 30 to 35 percent domestic health tourist and this make it India’s health capital as well. It is also known as one of the safest city in India.

It is also nicknamed as “Detroit “of India because the 1/3 automobile industry based in this city. It is also the home of Tamil film industry. The living cost is 5 percent less than Delhi but still expensive compared to other cities. The living, transport, clothing, footwear, alcohol, and food are quite expensive. You can have a rented flat here for approximately in 12 to 30 thousand. The population, people lifestyle and the rapid development of the city make it one of the expensive city of India.

Read Also: Top 10 Most Popular Festivals in The World

Bengaluru is the capital of Karnataka and known as Silicon Valley of India. It is also called the IT capital of India because it is the nation leading information technology exporter. Bengaluru have one of the most highly educated workforce in the world. Due to huge job opportunity people migrate here in large amount and make it the 3rd most populous city in India. It is home to many educational and research institute and one of them is ISRO (Indian Space Research Organization). It is also home to kannad film industry which is known as sandal wood. Here you can rent a house in approximately in 12 to 26 thousand per month. The city is expensive and high cost of living, food and transportation is due to booming business.

Read Also: Top 10 Most Beautiful Beaches in the World

Kolkata is the capital of west Bengal and known as the city of joy. It is the cultural capital of India and also the commercial, educational, and cultural center of east India. According to 2011 census it is the 7th most populous city in India, but you don’t find much traffic due to its good road infrastructure. It is the hub to Bengal film industry. You can rent a house here in 10 to 20 thousand it is less expensive as compared to other metropolitan cities but the new developed Kolkata and posh areas make it one of the most expensive city in India.

Read Also: Top 10 Most Popular Holiday Destinations in the World

Pune is the city in Maharashtra and if you want to live a peaceful life than it is one of the best urban city to live. It is the huge hub of IT companies, which make it more demanding for living. People come here as there are high opportunities of jobs. It is also a tourist destination, millions of people from all over the world come here. You can rent a room here in approximately in 10 to 20 thousand, it is quite expensive city, the living, transportation and food also cost quite high. It is expensive due to its rapid development and the increase number of IT companies.

Read Also: Top 10 Most Beautiful Islands in the World

Hyderabad is the capital of Telangana and also a largest city in Telangana. It is one of the biggest IT hub after Pune and Bengaluru. It is the fourth most populous city in India. It is 5th largest contributor to India’s overall gross domestic product. It is also known as city of pearls and it is also known as the huge hub of pharmaceuticals and biotechnology. Also in recent, Amazon opens the world largest office in Hyderabad which also increases the job opportunities here. The huge amount of job opportunities and big companies and industries making it an expensive city and the transportation and living is becoming costlier here.

Read Also: Most Happiest Countries in the World

Ahmedabad is a largest city of Gujrat and also the former capital of Gujrat. It is the 5th most populous city in India. It is also industrial and economic hub of India. It has the second oldest stock exchange. It is one of the rapidly developing city in India. Clothes and cinema tickets are quite expensive here. You can rent a house here in 15 to 26 thousand per month. It is the fastest growing city and providing jobs to huge no. of population and its rapidly changing lifestyle making it an expensive city.

Read Also: Advantages and Disadvantages of traveling by Plane

Chandigarh is the capital of Haryana and Punjab as well and also a union territory. It is famous for its monumental architecture, cultural growth, and modernization. It generates one of the highest per capita income. It is beautiful and a well-planned city and also recognized as one of the cleanest city of India. It provides lot of job opportunity as many huge companies have their offices here. You can rent a flat here in 15000 approximately. Due to good job opportunity people prefer to live here. The well planned features and it posh lifestyle make it one of the expensive city of India.

Jaipur is the capital of Rajasthan and also the largest city of Rajasthan. It is also popular for destination wedding. It is home to world heritage site recognized by UNESCO. It is a tourist place, a large number of people come here from all over the world to visit its beauty. You can rent a room here in 10000 approximately. It is one of the expensive city due to its rapid development, tourist destination, and people lifestyle.