Top 10 Most Endangered Animals in the World 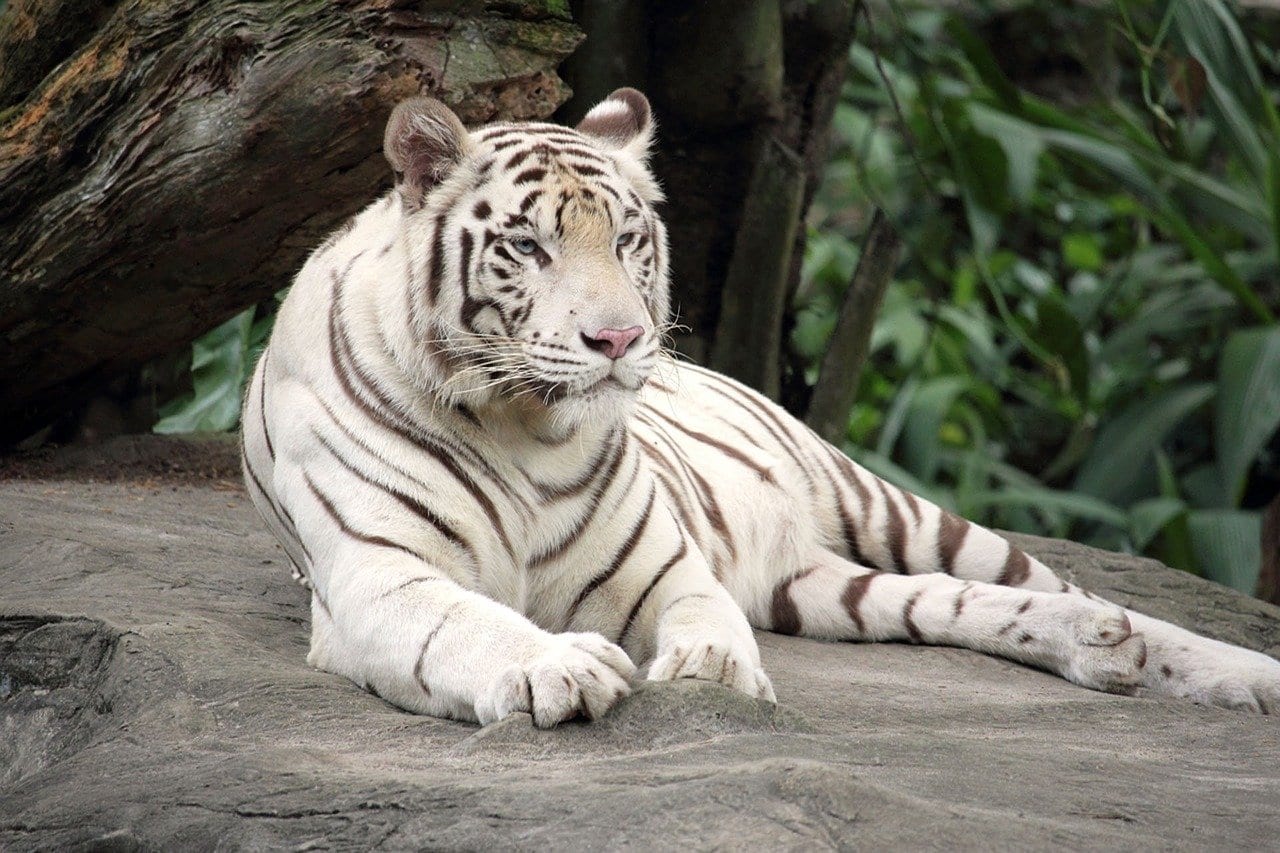 Top 10 Most Endangered Animals in the World

In this article we are going to talk about the most endangered animals in the world. In the trace of development and increasing the comfort of life, humans have compromised the most with the nature, the flora and the fauna has been worst affected by the human actions. Today, most of the commonly found animals are categorised as endangered or have become extinct due to poaching, habitat destruction, deforestation and the climatic changes. These animals are on the verge of getting extinct if not protected from the demons in the form of human beings. Human beings are still not ready to compromise with their greed and preserve what god has given us as a part of the ecosystem to balance the lifecycle of living beings.

A black and white stuffed cute looking animal, which is the logo of the World Wildlife Fund and the national treasure of China is highly endangered due to the impact of human activities and might get invisible very soon. Pandas are the natives of temperate forests of high mountains of southwest China and survive completely on the Bamboo tree. Bamboo tree is the main food that Pandas eat. Eyes, muzzle, shoulders and legs of the Panda are black while rest of the body is white. They have a thick layer of hair that gives warmth to their body in cold climates.

Pandas need good amount of water, which is provided mainly by Bamboos but additional fresh water is also required. The major reason behind the reduced number of Pandas is habitat destruction because of high population and extending city limits merging with the forests in the name of development resulting in reduced forest limits and less number of trees for the Pandas to feed on. The organisations are constantly working on regaining the decreasing number of Pandas.

From more than 100,000 a hundred years ago to around 3900 today, tigers have been at the highest risk of extinction. Tigers are a part of the cat family, is well-recognised by its dark vertical stripes on orange skin and a lighter lower body colour. Tigers hunt for their prey like Deer, wild Pigs, dogs etc. with the sound and sight of the animals instead of their smell. Tigers are single hunters and avoid being in groups while searching for their prey. Tiger is referred as the most valuable charismatic megafauna in the world. The main reason behind their reducing numbers is illegal poaching since the olden times.

The kings and the rulers used to go for tiger hunting in the jungles since centuries as a hobby, which resulted in a huge decrease of their number. Humans are continuously ruining the forests for wood and other needs, which further decreases the number of other animals and forest area that is the main habitat and food of the tigers. Villagers kill them considering their safety of life and stock of materials. If not preserved today, tigers will only be scene in zoos if preserved or else in photos as history.

The largest animal on the planet, the Blue Whale might not remain the largest one few years from now. Blue Whales are water animals huge in size and enormous weight as tall as a 10-storey building with a tongue weighing as much as an elephant. They are also the loudest animals whose groans and moans can be heard up to 1000 miles. Blue whales mostly feed on krill. Blue whales are travellers, they travel to equator during winters and return to the Polar Regions in winters with speed from 5MPH to 20MPH.

Blue whales can live up to 100 years. The number of blue whales have depleted over the ages because of commercial whaling activities for extracting oil from them used in soap, candles, lamp and margarine and for meat and fertilizers. Increased number of water vehicles like ships and boats and the noise due to them and other human activities have made their survival difficult. Whales are unable to communicate with each other due to noise.

Read Also: Top 10 Most Friendly Animals in the World

Mountain Gorillas are found in forests high in the mountains at higher altitudes of 8000 to 13000 feet. They are distributed in two categories found in Virunga Volcanic Mountains of Central Africa and Virunga in the Eastern Democratic Republic of Congo. They have thick and long fur to make their survival comfortable in the harsh temperatures. Mountain gorillas are shy in nature but can be very aggressive when threatened and are very strong and powerful.

They live in groups of 30 and a single alpha male with an old silverback leads the troop. Gorillas are the closest relatives of humans after Chimpanzees and Bonobos. The humans are unable to cooperate with their relatives; they have been killing these gorillas and their habitat and have made them endangered. The main reason behind the destruction of their habitat is invasion of forests by human and killing wild animals for illegal pet trade. Civil wars have also led to the reduction in numbers of this specie.

Orangutans are the natives of Indonesia and Malaysia and are found in rainforests of Borneo and Sumatra. The feed themselves on wild fruits like lychees, mangosteens and figs and slurp water from holes in trees. They prefer to rest during the daytime and sleep in their nests built on trees during the night. They have shaggy reddish fur and long facial hair. Orangutans have good social bonds with each other.

Young ones learn the art of building nests carefully from their mothers and start practice from the age of 6 months. They are considered to be the most intelligent non- human primates. Their numbers are drastically effected due to the deforestation of the rainforests and climatic imbalance. Palm oil plantations instead of forests, gold miners and man-made forest fires have threatened them and ruined their homes where they live.

Read Also: Top 10 Most Protective Dog Breeds in the World

The Asiatic Elephants are distributed throughout the Southeast Asia and are considered the largest land animal on Earth. They live in dry and wet forests and grasslands. They are social in behaviour and live in groups of sex to seven females led by an older female. They join other groups to form bigger herds. They feed mostly on grass, tree barks, leaves, roots, stems and cultivated crops like sugarcane, bananas and rice.

Urbanization for the better lifestyle of human being sand the invasion of forests for products and resources have shattered the forests these elephants live in. Habitat destruction is a bigger threat than poaching for these animals. Elephant tusks are also considered very useful for commercial purposes and are supportive for many industries to earn huge money. They are banned in the wild from some countries and are illegally smuggled across borders.

The Amur Leopard is the native of South- eastern region of Russia and northern China. It is the rarest cats on Earth having a thick coat of long and dense hair as per their habitat. They are more active in the daytime than the nights during winters as well as summers. They are very choosy when it comes in selecting their territory, which is usually located in a river basin.

They are highly talented and capable of hiding their prey from other predators and carry them safe. They are nocturnal animals. They feed on Roe Deer and Sika deer, which are being illegally killed in large numbers and causing threat to their prey. These Leopards are also killed for their fur sold illegally in the market. They are rare because of less numbers and infrequent reproduction.

Rhinos were once very common in almost every country of Europe, Asia and Africa and were around 500,000 in number, which fell to 29,000 today. They are known for their large bodies, stumpy legs and long horns, either one or two in count. They have very strong sense of smelling and hearing but lack in eyesight. The powder of their horn is used to cure several diseases from fevers to even cancer in the Asian continent, due to which they were killed in large numbers. Their killing is officially banned but poachers find high-end techniques to kill them and sell them for huge some of money. Exponentially increasing populations destructed their habitats, thus affecting their lives.

Sea Turtles are large, air breathing reptiles, which  come to the surface of water to breathe having paddle- shaped flippers and no feet, streamlined bodies to swim, salt glands to survive salty ocean water and a shell, which can’t hide them like other turtles. They are killed for meat, eggs, leather and tortoise shells to be sold in the market for high prices. Human activities of polluting water bodies and laying of fish nets have killed and threatened this animal population the worst.

Read Also: Top 10 Most Intelligent Dog Breeds in the World

Vaquita is known as the world’s rarest aquatic mammal and is on the verge of extinction very soon if not saved and conserved by the humans. They are found in the Gulf of California and are very small in size and the smallest cetacean. The live in shallow and turbid waters. The reason for their death is gillnets in their habitat that are used to catch fishes. Fish’s face gets trapped but not the entire body but are threatening for other small animals, which are trapped easily and are killed unintentionally.

Development and urbanisation is necessary but not at the cost of anybody’s life or destruction of their homes. The way human beings need comfortable home, animals need them too. Being a part of the same ecosystem human beings need to understand the need of saving animals in order to ensure their own survival else humans will be the next category of animals getting endangered.