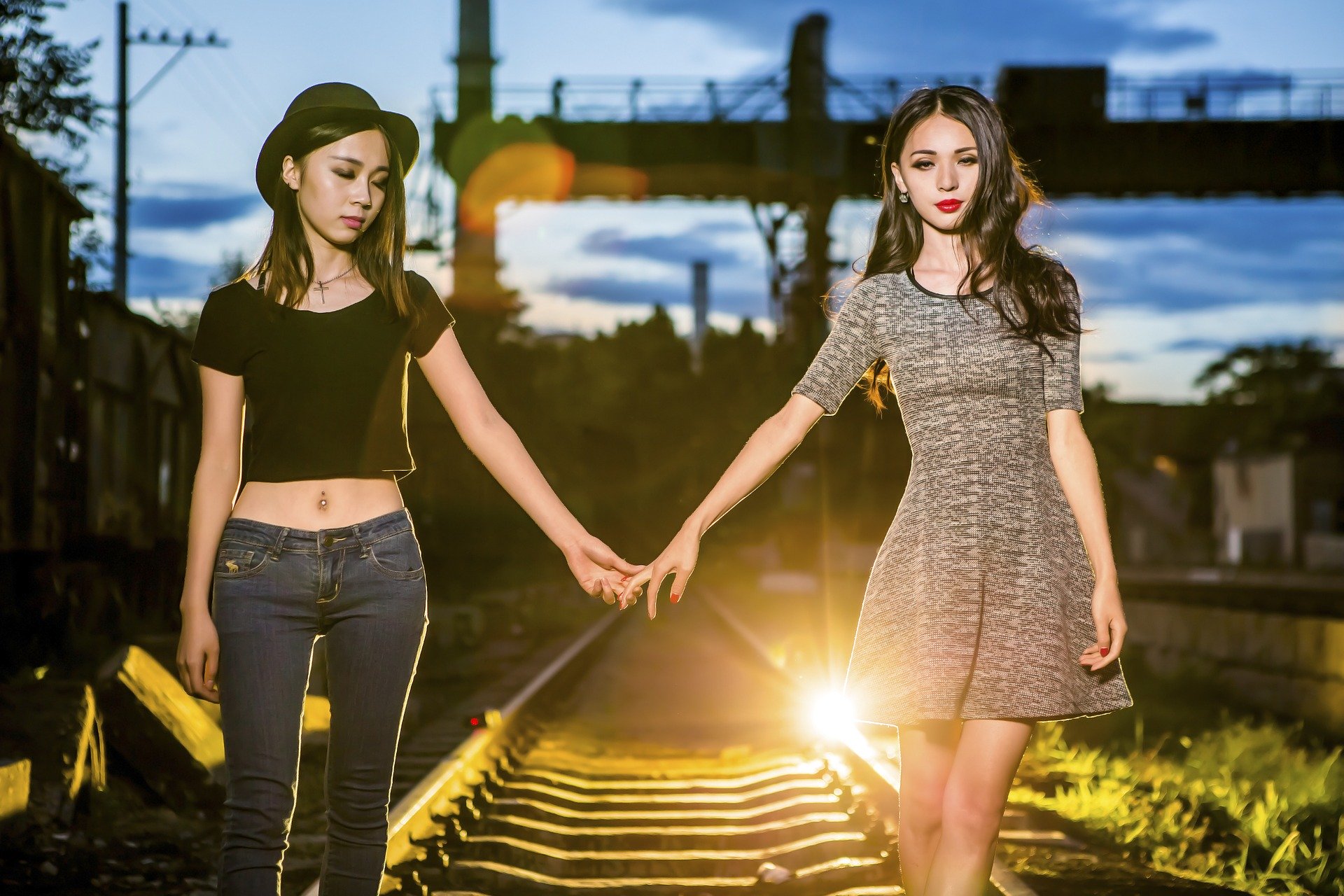 Here in this article we are going to tell you a short story about friendship with moral lesson. So here we go…. Once upon a time there was a girl Sophie who had just moved to a town in New York far far away from her village. She was a teenager who had just moved to town with her family. She was unaware of how the life of a town differs from that of an old village. As everything was new to her she was curious to learn about everything new. She had to move to the town with her family because her father got a new job as a hiring manager in a company.

Sophie had a phenomenal IQ for the students of her age she was outstanding because of her intelligence she got into you are well known School where she continued her studies. As she was new in the school as well as the town she was introduced as the new kid in the school where nobody wanted to talk to her because of her rural looks. She used to sit alone in the class and the recess as well and then one day a girl from her class who observed her daily named Nia approached her hoping that they could be friends. Nia was a modern girl born and brought up in the town itself she was kind and a loving girl.

Nia never really had many friends because she used to choose her friends very wisely. When Nia approached Sophie with the hand of friendship Sophie did not think even for a second and accepted her friendship as she needed friends. As the days passed by Nia and Sophie had already made a bond that developed day by day. They then promised each other that they would never focus on each other’s flaws or the wrongdoings and will focus more on the better things they do for each other as well as themselves.

As Sophie befriended Nia she became one of the most popular girls in her school because Nia being a modern girl who was already famous and people wanted to be friends with her but because she was very choosy of her friends nobody got a chance with her. So everybody started approaching Sophie as she became like a shadow of Nia and befriending her as she was the second most popular girl and when anybody approached her she used to agree to their friendship as she always trusted everyone like she used to in her old days in the village.

After a while when Sophie then made many friends like Stephen, George, Josh, and Ernie she got involved with most of them as close friends and forgot about Nia for a while, but Nia knew the reason why everybody wanted to be friends with Sophie she tried to make her understand but Sophie liked being liked by all so she did not pay much attention to Nia. Sophie then continued her friendship along with everyone and completely forgot about Nia. She used to spend a lot of time with other friends and enjoyed but one day while they were still in school Sophie along with all her friends decided to do something adventurous.

As words spread very fast among teenagers Nia heard about it and decided to speak to Sophie even though they were not talking after told her to be aware of her real friends and Sophie ignored. Nia told Sophie not to be a part of something that could put her in danger but Sophie chose to ignore her once again. Nia then knew that Sophie would not be cautious so she decided to look out for Sophie without her knowledge. Sophie when she got engaged with all of them her grades started going down and did not pay much attention to her studies.

Nia being a true friend was worried about her, she tried to approach many times but Sofia no longer wanted her as a friend as she thought she was just jealous of her forgetting about the promise they made to each other. As the days passed by they started growing apart. Later on, Sophie along with all her friends thought that this was the right moment for them to do something adventurous they always planned to but no one ever really paid attention towards what they would do so all of them decided that they should agree upon something adventurous and that will be the thing they will be doing.

After a lot of discussion the majority of them agreed that they would firecrackers outside the staffroom, whereas Sophie did not agree to it but as major of them agreed to it they all decided to do it. So then Sophie decided that to show off she would go to Nia and tell her about the plan as Sophie approached Nia she said

Sophie:  Hey friend just so you know that thing you told me not to do, that wasn’t even planned earlier has now been planned and now I am a part of it and we are going to do it.

Nia knew that Sophie always respected teachers she would not be a part of something consciously that would hurt them.

Nia (smiling): Go ahead with the plan to do whatever you want to and it’s better for you to not call me a friend when you don’t consider me one.

Sophie was shocked to hear this as she always thought that she won’t ever leave her alone no matter what.

Nia then left thinking about what they could have planned or it would hurt Sophie or not.

Suddenly then Ernie arrived to call Sophie to execute their plan they named 007. Sophie hiding all her Pain away from her face told Ernie to go ahead and she would join them later.

Sophie realized that she had deeply hurt Nia by initially being her friend and later on pretending as if she does not exist and as she realized this she was going to make it alright between them but instead she got interrupted with Ernie’s arrival and as she told Ernie to leave she sat there thinking whether she should go or not. As she was thinking someone grabbed her shoulder and when she turned around to look, George, Ernie, Josh and Stephen were standing behind her with a bag filled with firecrackers as per their plan 007. As Sofia looked a bit tensed to them Stephen then asked Sophie

Stephen: Are you alright?

Sophie: Yes, I am but are you guys sure you want to do this?

Everyone then looked at Sophie with the tinge of anger in their eyes.

Josh: What do you mean by this?

Sophie: Nothing just I’m not very sure about it.

Suddenly then all of them started calling her with several names telling her that she was betraying them and she shouldn’t have agreed to them earlier itself. They even told Sophie that if she does not come along she would no longer be a part of their group hearing this Sophie decided she would go along with them forgetting about its consequences. Then after a while when they reached in front of the staff room all of them told Sophie to light up the crackers to prove her will to them.

Sophie was scared but yet she wanted to be friends with them she agreed to do so and I went ahead to light up the crackers, as the crackers started bursting all of them who were standing behind Sophie ran away without her knowledge leaving her behind. Hearing the sound of crackers all the teachers came out rushing and saw Sophie standing there with the candle in her hand, seeing this Sophie started laughing and when she turned around, she was shocked to see that she was alone standing there as her friends betrayed her, tears rolled down her cheeks.

As all the teachers aware of Sophie being a prodigy they could not believe their eyes that she was the one who did this and as Sophie had a breakdown Nia came held her close to her and told her to stop crying as if nothing has happened. Sophie then realized how wrong she had done to Nia and still she’s the one standing here along with her and none of her friends which were a part of the plan 007 were not there.

Sophie told Niya that she was right about George and all of them at the moment she regretted being friends with them and now thinking about the consequences she will have to face. As the teachers told Sophie to get up and meet them in the headmasters room Nia interfered and said

Nia: It was none of her mistake, she wasn’t the only one involved but the only innocent one who did not leave when others did.

Responding to which the teachers said that if she had any proof of who all were involved and how?

Nia then pulled out her phone and showed a recording to everyone where Sophie was the one to denied to be a part of the plan and George, Josh, Ernie and Stephen forced her to do so to continue to be a part for them. She then also showed them the recording of them running away and then the teachers believed Nia and told Sophie to complain against them to the responsible authority for bullying and peer pressure.

Sophie then realized what all she made Nia face by throwing tantrums and random things at her face and felt guilty about it but then out of nowhere Nia told her about their promise and that she had decided to forget it all and move on. Sophie then realized how lucky she is to have a true friend like Nia.

This is a short story about friendship with moral lesson. I hope you liked it.