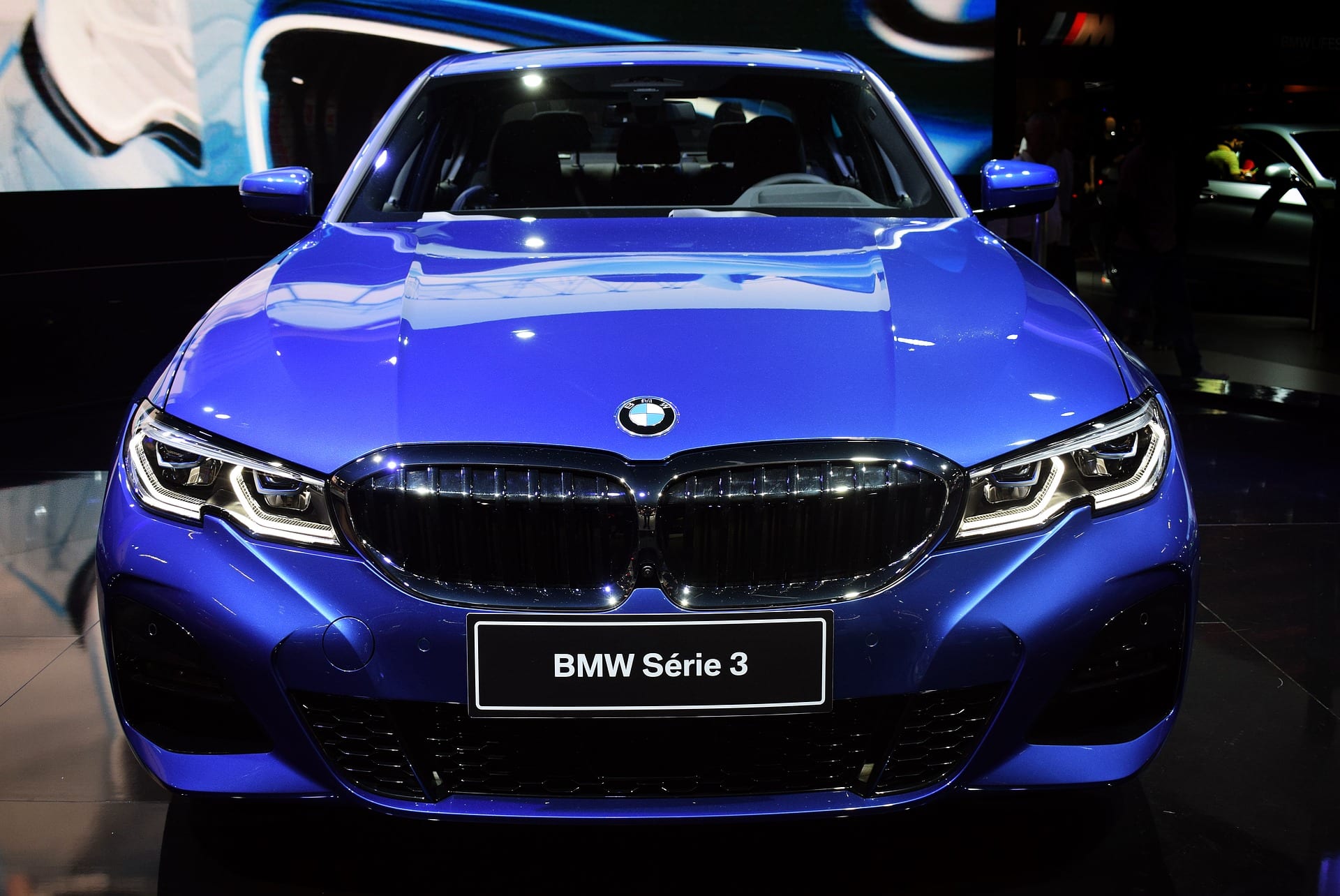 In this article we are going to discuss about the most popular cars in the World. A car is not just a vehicle to commute between places; it is a valuable asset, which can stay for a very long time as your best- friend. A car has numerous features, which makes it special, and an essential element of one’s life. Cars have evolved from very basic to the most luxurious and the most expensive ones with time but there are certain models, which are still famous amongst buyers all across the world. The features, quality of product, brand- name, pricing and company policies are most important factors that keeps the popularity of a car intact for decades.

You will not believe but certain cars you see on the road are modified and improvised version of their model, which was launched some 40-50 years ago. Here is the list of most popular cars in the World mention below:

Toyota Corolla is considered as the most dominating car all across the globe for decades and is the bestselling car in the world until now. It was first introduced in the year 1966 and around 45 million vehicles have been sold since then. Everyone prefers to invest their money in a car which is pocket- friendly, common amongst the common public, featureful and trustable, this car fulfils all the requirement of the customer at the same time. There have been changes in the design and technology in the car and new generations have been coming up with the 11th one being the latest one.

With the increase in fuel prices, fuel-efficiency is they key requirement, budget-friendly, good resale value because of the popularity, five star safety rating for personal security against damages and mishaps, simplicity and reliability are some notable points which makes it the best of all. Corolla has always been fulfilling the demands of the customer in terms of luxury, features and prices with variants for every section of the society as per the varying versions.

Low- maintenance and high efficiency is what everyone wants in today’s hectic schedule of daily-life. Honda has always been a reliable name when it comes to cars since past many years and is also recognised for providing the best mileage in terms of fuel usage making it convenient for the users. Civic comes in sedan, coupe and hatchback versions, therefore a choice for customers with different interests is readily available. Somewhat around 20 million copies of this car has been sold since July 1972 throughout the world. The fun fact is, it is considered as the most stolen cars in the United States of America.

Honda Civic has been an inspiration for the design and development of other models of cars that were launched by Honda because of public appreciation at global level. The quality of the products used in the designing of the car has the assurance of the renowned brand and thus the maintenance is not a concern for any of the buyers under any circumstances.

Read Also: Advantages and Disadvantages of buying a Used Car

Volkswagen is a German product, first launched in the times of the Nazis during the unforgettable World War 2 and ruled the hearts of the car- buyers all across the world until the last year as the company stopped production of this legendry car in 2019. The car gained its popularity due to being featured in several iconic movies during the 1960’s. It’s convertible top is a big add on to the car’s beauty. Beetle is also the most common car, which was reproduced as toy car for kids to play. Over 23 million units of the car were sold in its 81 year- long journey. The car was famous since its launch days because of its economic prices during the global crisis and high efficiency in terms of fuel usage making it affordable for common man.

Read Also: What are the essential things to keep in your car?

This is one more German production by the brand Volkswagen, first seen on the roads in 1974 and has eight generations until now and on the top list of buyers from countries across the map. Golf gained popularity right from the launching year because of its unique features in comparison with the pre- existing cars. The horsepower of the engine, the highest driving speed of the car, fuel capacity and extraordinary mileage made it the best in the segment and took over the market very soon. Golf was always produced with automatic and manual transmission version and kept as an option to be selected by the customer as per their comfort and convenience. The engine of the car is somewhat similar to the one used in the world’s most expensive cars like Bugatti Veyron, imagine the quality and reliability at affordable prices.

The South- Korean manufacturer Hyundai launched the car in 1990 in parts of Australia and Europe but became famous in almost all the countries amongst potential buyers. The car is known for its design which is breathe- taking, build quality, safety assurance and high test scores and the durability and reliability being enhanced and refined in every new model coming up since the first generation of the car. Elantra has won several awards at national and international level because of its quality features and customer experiences since past so many years.

Ford F- Series has been winning the hearts of the people from 1948 and elected as the best pickups every years during this time. They were the best- selling vehicle of 2019. Affordable, serviceable, reliability of the company are the key points in the success of this pick up vehicle. The fantastic horsepower and large fuel capacity with variations as per the customer is a plus point leading in the success of the car. It was designed as a towing truck and the immense load bearing capacity makes it stand out of the other variants and as the best one. It has great value and importance in the commercial business due to these benefits and features.

Honda Accord has been ruling the streets since 1976 in the sedan variant. Think of all the luxuries you expect from a car and this car will give you all of them in just one masterpiece. Honda Accord is one of the cheapest sedans that the millennials prefer these days. Honda Accord has great fuel efficiency, excellent performance, excellent level of comfort, smoot driving experience, great looks, alluring interiors and the most important a stylish appearance at a pocket- friendly cots.

The Toyota RAV4 is a SUV, a product of the Japanese giant and was first manufactured in 1994. Large leg space, better visibility on the road and convenient all time driving experience has made the vehicle the most wanted amongst people. High horsepower and direct shift 8-speed automatic transmission for the latest model. Commendable fuel economy, luxury, comfortable seats, good space for seating are an add- on to the luxury and the list of features of this most wanted car. More than 10 million sales were made till the start of the year 2020.

Appealing designs, latest fancy and rich- look trends, well- planned marketing and publicity strategy has made this SUV the hottest selling car amongst all the buyers and customers. The Japanese company manufactured car was launched in 2008 and has seen variations and changes since then in the forth- coming models making it very common and recommended among the youth. Plenty of cargo and passenger space in the sae vehicle makes it worth it and more special with high mileage and fuel efficiencies. The cost of the car is way lesser than the similar cars in the same category with similar features. The cabin space is comfortable and gives a luxurious feel for the users to enjoy their rides to the best.

BMW is one of the best premium car brands across the world and produces high- quality and luxurious cars for the world. BMW 3 Series is a luxurious car by the Germany based company and has had 7 generations till date. The car uses steel, aluminium and carbon fire, which allows every technology to be well- used from the bonut to the sub- frame. The size of the car is big and gives good space for the driver and the fellow travellers. The car is well- equipped with the latest technology elements to give the customers a luxurious feel for the price they are paying for it. The legroom is better than any other car in the segment of other premium brands.

Cars are known for their quality and the sale depends on how well they rule the heart and the minds of the public. Latest trends, looks, comfort and prices are one of the most important factors playing behind the success of the cars running on the global roads for past decades or more. The reliability and loyalty of the company is also a vital factor behind this long road of success for the cars. Cars might necessarily not be very luxurious but the quality assurance is must to win over the hearts of the world.