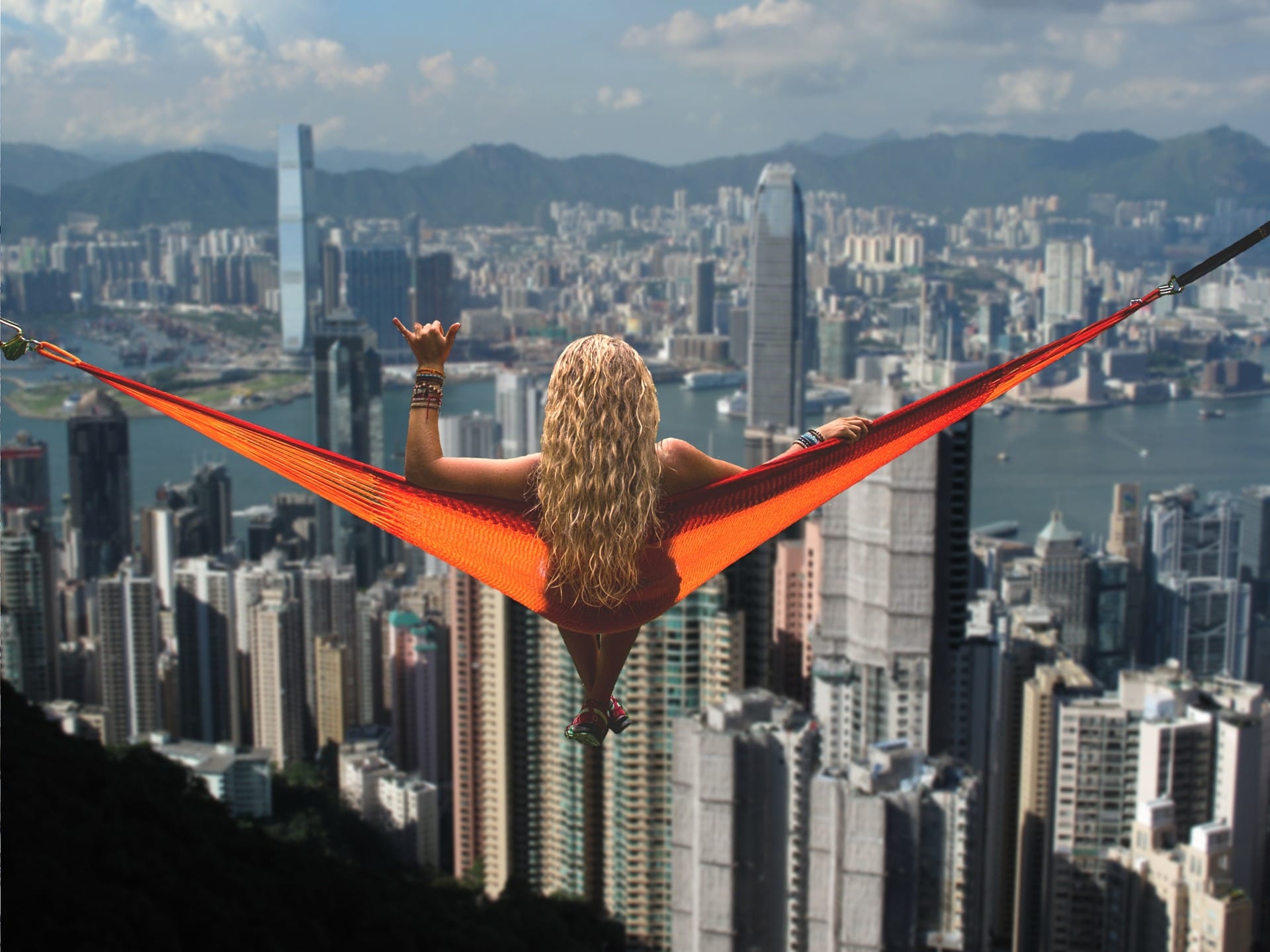 In this article we are going to discuss about the top 10 most popular tourist destinations in the World. Everyone has a dream destination in their heart and  mind, which they have already visited multiple times in their dreams and also want to visit once in their lifetime. However big or small, a dream destination holds a special place in the hearts of the believer and the  tourist. The reason of a particular destination being a dream destination for someone can vary. It can be so because the person might have met someone special in that place, or because of the monuments and statues or even because of  the simple reason to visit the unknown city.  There are some top tourist destinations that is everyone’s favorite. These places witness a huge crowd of enthusiastic tourists visiting it’s land in the most appropriate season of Tours and travels.

Here, we are going to discuss top ten most popular tourist destinations of the world. Further, we will enlist the main tourist attractions in the city and will also talk about it’s culture and heritage. So, here we go.

Hong Kong is a city and special administrative region of China. It is a beautiful city with many tourist visiting locations like Victoria peak, Lantau island, Tian tan Buddha, Victoria harbor, the peak tram, ocean Park Hong Kong, sleeping beauty castle, Man mo temple, sleeping beauty castle, Po Lin monastery and so on. Hong Kong is a highly developed city with the largest number of skyscrapers . The UN human development index has ranked it on the fourth position.

It is a place that attracts millions and millions of tourists every year to it’s beauty. It is a must visit for shopaholics as it not only hosts luxury brands and malls but also some great street markets as well. You can buy from anything to everything here, ranging from clothes to electronics to accessories. Tourists can also have the fun of ferry and junk boat rides. In addition to that, some great hiking facilities are also available here. It is also the place for foodies as wide range of cuisines and dishes is available all throughout the restaurants, stalls and eateries.

Thailand’s  capital City,  Bangkok is widely popular because of it’s fast paced life, vibrant street shopping and ornate shrines. It is majorly famous for prostitution and red light districts . Bangkok is the regional hub for business within sea. It is also renowned for it’s food culture that ranges from amazing street food to internationally acclaimed restaurants. In addition to that, Bangkok also has one of the best nightlifes as compared to any other city.

The shopaholics will go crazy to see the variety of stuffs available from handmade crafts to high end shopping brands. It is a city rich in culture and so is a major tourist attraction for entertainment.  There’s a long list of must visit tourist places in Bangkok which includes, The Grand Palace; Buddhist temples like Wat Phra Kaew, Wat Arun;the oqrlda largest teak building called  Vimanmek Mansion,  Bangkok National Museum; Royal Barge National Museum and so on and so forth.

France’s capital city, Paris is known for it’s global dominance in art, fashion, culture and gastronomy. PARIS, also known as the city of love has many famous places to visit which includes Eiffel tower, Louvre museum, cathedral Notre Dame, palace of Versailles, Disneyland Paris, Centre Pompidou,  Montmartre and The Moulin Rouge. The French rulers that ruled the city of Paris have left their mark on the city’s architecture , culture and history. The city still holds the effects of history in it’s truest form because it has never been destroyed by a catastrophe or war. Paris is a major hub of advanced transport systems including railways , highways and airways. It is just the place for the lovers of music , art , fashion and culture. The UNESCO has listed the banks of Seine in Paris under the world heritage site since 1991.

The city of London also called the Square mile or the big smoke , is the capital city of England and the United Kingdom. It is one the most frequently visited tourist destinations of the world that has something to offer to each one of it’s tourists ranging from rich history, culture and heritage to the delicious dinning .

Amongst the many unique and eye catchy landmarks of the city , it also has  tourist attractions like The British Museum, Tate Modern, Tower of London, National Portrait Gallery, Southbank Centre, Natural History Museum, National Gallery, Victoria and Albert Museum and so much more. The famous tourist activities of the place include Operas at the Royal Opera House, Change of Guards at the Buckingham Palace, horror tour of London at the London Dungeon, a walk by the Thames and so on. The architectural variety of styles is clearly depicted in it’s buildings and monuments. It’s museums hold a great collection of historical artifacts .

Read Also: How to plan a road trip on a low budget?

Dubai is a city in the United Arab Emirates and is known for it’s high end shopping , ultramodern architectural styles and active nightlife. It has the biggest malls, the tallest building, seven star hotels and biggest aquarium. The major attractions of this man made wonder place include the burf khalifa, dolphinarium , Jumeirah mosque, the Dubai Mall , Dessert Safari, Camel rides , exotic birds show and so on. The bhuj-Al- Arab, which is the world’s tallest hotel stands on its own artificial island. The Dubai Creek had been listen in the UNESCO world heritage site .

The republic of Singapore, also called Singapore is the only island City state in the world. The Chinese account from the third century is the earliest found written record of Singapore, calling it “The island at the end”. Singapore’s major source of income rests on tourism. It’s tropical climate makes it tourist’s  favorite choice of destination.  Universal studios , Gardens by the bay, merlion , Sentosa , Singapore Zoo, Night safari, River safari, Singapore botanic gardens, jurong bird park, etc are the must visit tourist spots. It has a wide variety of languages, religions and cultures. Amongst the many existing cultural and historical landmarks , some of them are Masjid Sultan, Sri Mariamman Temple, Kranji War Memorial, Victoria Theatre and Concert Hall, Civilian War Memorial, National Museum of Singapore and  Istana Kampong Glam . It is also a global center for finance and a one stop  center for shopping fanatics.

The Malaysia’s capital city, Kuala Lumpur is widely acclaimed for it’s landmarks and monuments, high end chains of restaurants and shopping centers and nightlife. It is known for it’s colonial architecture, high sky scrapers and exuberant natural attractions.  It’s sky is dominated by the world’s tallest twin buildings, the Petronas Twin Towers. The top tourist attractions of KL include House of Parliament, the National Museum, the National Monument, the Petaling Street, the Merdeka Square, the Jamek Mosque, Central Market and so on.  It also host a various international sports and events .

New York or New York City is one of the most populous cities in the United State.  It is a dream destination for many people of all age groups.  The must visit tourist spots of the city include the Skyscrapers such as empire State building, the Central Park, the statue of liberty, times square, Brooklyn bridge, metropolitan museum of art, Ellis Island, Broadway theater productions, Manhattan Chinatown, one world trade center and so on. Various international festivals are also hosted by new York City which includes, Helicopter and balloon tours, cultural and theme tours.

Istanbul is a major populous Turkish city which is world famous for it’s ancient history and culture with rich qualities. The landmarks here are not less than beautiful sceneries that everyone want to see in their life. It’s strategic location  has attracted huge attention of the conquerors in the past and still continues to do so.  Major tourist attractions of the capital city of turkey includes Aya Sofya, Topkapı Palace, Blue Mosque, Basilica Cistern , Hippodrome, Istanbul Archaeology Museum, Grand Bazaar, Süleymaniye Mosque, Spice Bazaar , Dolmabahçe Palace, Chora Church , Museum of Turkish and Islamic Arts, amongst many others.

Macau is one of the richest regions in the world with the nickname ‘Las Vegas of Asia ‘ because of it’s giant casinos and malls. It reflects a blending of different cultures influences. The major part of Macau’s income rests on gambling and tourism . The Bodhisatta Avalokitesvara, Macau Tower, Fisherman’s Wharf, Macau Museum, Museum of Taipa and Coloane History, etc., are major tourist attractions. In addition to that, Macau also  hosts events and festivals like Chinese New Year, Spring Lantern Festival, Ching Ming Festival, Birthday of the Buddha.