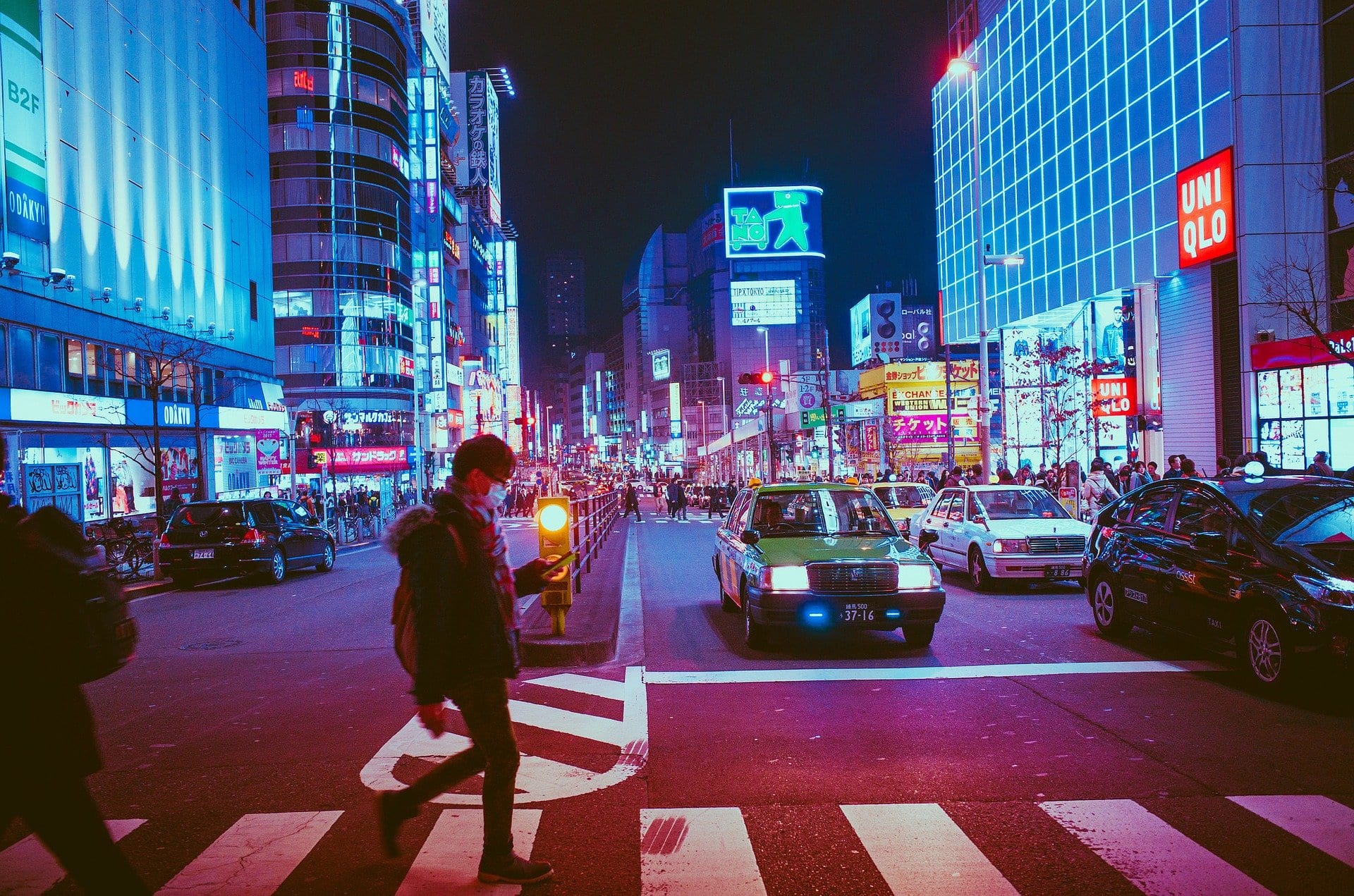 In this article we are going to discuss about the top 10 most safest countries in the World. Global safety and security has become a big concern in the modern world, and countries providing proper safety facilities to its citizens and immigrants are constantly progressing in the global arena. There are a total of 195 United Nations recognized countries in the world, however very few of them provide safety of its citizens and immigrants to such an extent that any person from any corner of the world feels extremely safe and secure to visit or reside in that nation.

Now have a look at the top 10 most safest countries in the world.

According to the global peace index. Iceland is the safest country in the world for a record 12th consecutive time, and is undoubtedly a place where people can visit without any second thought. It is a small island nation in the North Atlantic, having a population of approx 340000, making Iceland the most sparsely populated nation in Europe. The largest as well as the capital city of Iceland, Reykjavik, and its surrounding regions in the southwest of the country is home to more than two-thirds of the population of Iceland. The nation has a very low crime rate, due to its small population, strong social attributes, great laws and highly educated police force who possess immense mutual trust and confidence in their fellow policemen. AS a result of possessing strict and fair laws guaranteeing quick justice against crime, social or racial discrimination, there is hardly any crime or tension amidst the people of Iceland, thus ranking it topmost in the list of the safest countries in the world.

New Zealand, just like Iceland is a small island nation close to the huge nation of Australia, which possesses an extremely low crime and violence rate. Located in the south-west pacific, this nation consists of 2 islands- the north island and the south island. This nation has the famous city of Wellington as its capital and has a small population of about 4.9 million. The prime reason behind the low crime rate of New Zealand is generally due to the high literacy, awareness, and progressiveness in the New Zealand society, and the open-mindedness and non-discriminating mentality of its citizens due to which the people of this Kiwi nation are welcome to people from all countries across the world, and possess strict laws against crime and discrimination, whether it be racial, social or related to country of origin, as it considers all people living in the nation as their citizens.

The other reason behind its calmness is also associated with the absence of any violent animals in New-Zealand like its neighbors. The 2019 Mosque attack in Christchurch, killing around 51 people was the only act of crime and aggression in New Zealand for many years in the past, and barring that one incident, one must feel safe to visit a country like New Zealand.

Portugal comes in the third position in the list of the safest countries on the planet, and its low ranking is definitely due to its tight security, strict laws, and armed police forces all around the nation. Also known as the Portuguese Republic, this country is located in the Iberian Peninsula in South-Western Europe. Being one of the oldest nations in Europe, the country has always been settled and invaded by foreigners who are from different places of the world, thus resulting in the diversified culture of the nation. The capital city of Portugal is Lisbon and the small country has a population of about 10.28 billion people. Unlike now, in 2014 Portugal was rated 18th in the list of the safest countries in the World and since then this small nation has done exceedingly well to climb up significantly on this list by reducing crime and violent attacks in the nation. The credit for its low crime rate should be given to its increased and hard-working police force and strict and proper implementation of laws. Also, another major reason for its safety is due to the very low unemployment rate of this country of just about 7% due to which people do not get tempted or feel the need of attacking or stealing from someone else to sustain their lives.

One of the most violent nations in the 20th century that was directly involved in the first world war, Austria has transformed since, and now it lists fourth in the list of the top 10 safest nations of the world. Being a landlocked East Alpine country in central Europe, Austria has a population of about 9 million people. Its capital is the federal city of Vienna, which is also the largest city of the nation. Another positive point for this country is its constant improvement in the list of  UN Peacekeeping funding, weapons exports, and a reduced terrorism impact. Although there are occasional pickpockets and thefts here with some recent political instability, Austria is a much safer nation to visit compared to other big European countries.

Read Also: Most Popular Tourist Destinations in the World

Denmark is surely one of the most happiest and peace-loving countries in the world as it has no involvement or effect in any sort of terrorism or anti-social incidents as well as does not witness any financial or political corruption or scam. Located in the northwest of Europe, his country has a small population of just around 5.8 million people with its famous capital city of Copenhagen. Denmark is one of the rarest nations on earth where almost every individual, even children or old people feel safe during both day or night. It is not that the laws in Denmark are super strict or they have cruel capital punishments for criminal offenses, but the two factors that are mainly responsible for the extreme peace and security of this nation include the high level of equality and the strong social sense of responsibility and desire to make their society the safest for existence, among its citizens.  The lack of any scams, corruption, and political instability further contribute towards the safety of this nation.

Canada is another extremely safe nation, which despite its huge size and population of  37.59 million people is one of the most safe and happy nations of the world. Ottawa is the capital city of this country. The secret to Canada’s high ratings in this list despite its huge land area and population is the absence of internal conflicts, violent crimes, and political instability. Its extremely open-minded society with a strong belief in equality and friendly citizens further reduces any crime scenes in the country. Also the high employment rate and availability of jobs reduce the need for people to steal and commit crimes for a living, thus accounting for Canada’s safety.

Read Also: Most Developed Cities in the World

Ranking seventh on the global peace index, is Singapore with a population of about 5.63 million. Despite being one of the most-visited nations of the world for tourism with large cities like its capital Pulau Ujong, Singapore is one of the safest countries in the world and the reason for it is solely due to the strict laws, their perfect enforcements and severe punishments which this nation possess for even small crimes like stealing. The government police armed with guns and firearms are a huge scare in this country and further strict laws make it difficult for people here to gather courage required for committing any crime.

The central European nation of Slovenia with a population of 2.08 million people ranks eighth on the global peace index. It has its largest capital city, Ljubljana. It is one of the prominent nations that has taken steps for demilitarization and military expenditure, simply because of the crime-free society that exists there. Their society is free from any sorts of corruption or discrimination, or violent attacks, and the greatest crimes that one can witness there involve petty thefts and stealings. The low crime rate here is seriously a boon for this nation, which is also due to its political stability and a decent employment ratio.

Read Also: Most Beautiful Beaches in the World

This extremely busy and advanced nation has consecutively maintained its spot in the top 10 safest nations across the world, for the last 12 years and for its remarkable consistency in being able to prevent thefts, crimes and acts of violence, it is considered as one of the most peaceful and safe places to be in the world. Japan, although has slightly troubled relations with its neighbors especially North Korea, but its efforts to maintain peace have involved avoiding theft and crime in its land, reducing access to military weapons, and restricting and minimizing immigration and advancing technologically and hugely resulted in the loss of any sort of internal crime and affairs in Japan. Thus despite being an extremely busy nation, with a population of 126.5 million it is an extremely safe nation with its capital city Tokyo being considered as one of the safest cities in the world.

The final name in the list of the top 10 safest nations of the world is the country of the Czech Republic. Located in central Europe with a population of 10.7 million, this country has one of the lowest crime rates in the world. This nation is hardly involved or affected by any acts of aggression or violence, and most people here do not have access to any sort of weapons, thus preventing any big acts of violence. Although it is involved in some heated politics with its neighboring nations, Czech Republic has been successful in controlling its internal crimes with the help of its strict laws, proactive law officials, and a high number of prisons per capita thus ensuring proper punishment for even smaller crimes.

Thus the above article highlights the top 10 most safest countries in the world, which are completely safe to visit and reside in.