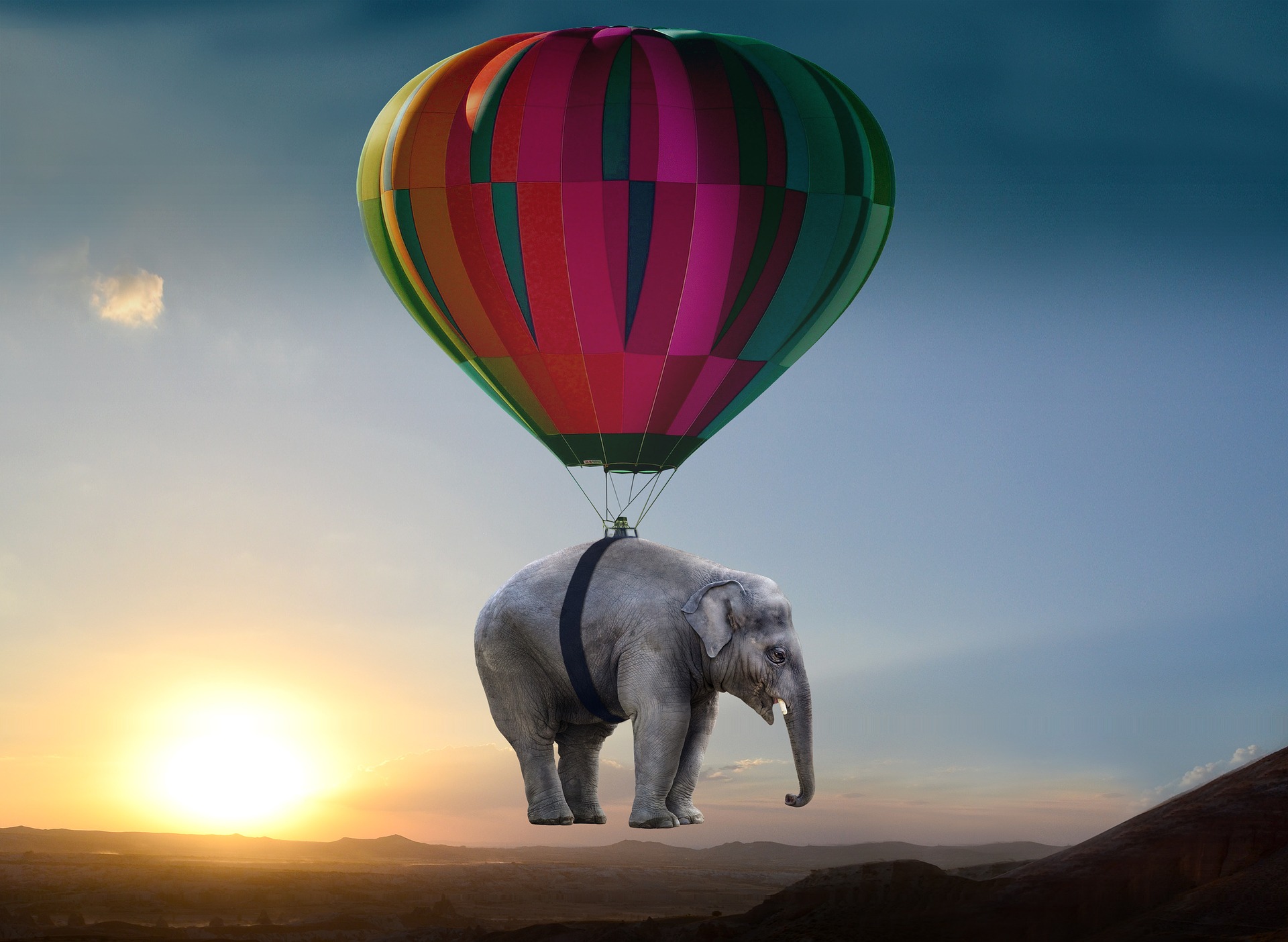 This story takes place in the deep parts of forests of the Indian subcontinent. Though trees provide enough shade, the battle against humidity is a daily one for the said animals. Oh, the dreaded humidity! But despite the temperature and humidity in the air, life has never been as active in the forests. From tiny insects to mammoths like Elephants, everyone has learned to co-exist in this habitat. But co-existence also gives rise to intense competition. The more organisms that live in a region, the more fights occur between different groups for food. However, despite that, the diversity of this forest is worth applauding.

No discrimination takes place in this forest because all are welcome. It could be because though fresh meat could potentially mean more competition, it could also potentially be a good snack for you. The food chain or the food web that has of this forest is pretty complex.

The forest had a few rules laid down by the forest committee to maintain order. The most important law of the forest that everyone needed to abide by was no bloodshed near water bodies. It is because animals must get food to eat. But what is even more crucial than that is for them to get enough water to drink. Although both are important for the sustenance of life, water is far more essential than food. That is why, considering this information, the forest committee decided that the watering holes are a no-fighting, no-hunting zone. Both the hunter and the hunted, alike, can drink water here. But this isn’t limited to just hunting or the hunters.

Sometimes animals of the same species get into fights to figure out who is the superior, the alpha. The one who gets beaten has to leave the said watering hole and search for another one. The forest committee decided to ban such actions near a body of water, considering how important water is for animals to go on living. Also, given how humid it becomes in the daytime, the poor animals need all the water they can get in their systems. Instead of being a problem, one would think that all that moisture in the air would help out, but the animals who have lived there for centuries know better. They know that it does more harm than good.

The committee also believed that too much fighting breaks down the order of the forest. This no war/hunt zone acted as an indicator of the state of affairs in the animal kingdom. If you think anything is wrong, then behavior around the watering bodies is one of the first things to consider. It lets one know about the state of affairs of the kingdom.

But no matter what you do, there is always that one character who ruins things for everyone. And so, this kingdom, too, has its delinquent who messed things up. The problem was that the delinquent belonged to the noble class. These noble animals refer to the elephants of the kingdom. There are many reasons why elephants are considered nobles. Firstly, have you seen their size?! They are the largest land animal currently walking the Earth. They deserve such respect, and they get their fair share of it within this forest. The other reason has to do with their behavior.

Despite their massive stature, Elephants are very kind creatures. They keep to themselves and don’t try to be nosy about other people’s business. But when they think someone needs their help, they are there to help them out. That is why the nickname given by the inhabitants to them was that of “The Gentle Giants.”

Unfortunately, the tree sometimes bears rotten apples. And this story is about one such rotten fruit. Since the gentle giants were so noble, the other animals of the kingdom looked up to them. They were role models for everyone else. Every child thought of becoming an elephant one day, even if they didn’t belong to the elephant family. I mean, what do kids know? They don’t know any better.

But anyway, in the forest, there lived this one elephant called Deno who had brought terror. Nobody liked him, herbivores and carnivores alike. He had made everyone’s life a lot harder. Since he was one of the largest elephants in the forest, nobody could say anything to him. It was his will against the rest. He single-handedly was destroying the order of the animal kingdom that even the carnivores of the forest followed. But the rule meant nothing to him. He was abused his size to the fullest. He would not let any other animal eat any food in his territory, and worse, he would fight anyone who tried to drink from his pools of water. The other animals knew better to avoid the areas he had made his.

Some dared to venture into his territory for a sip of water, but they soon became examples of what not to do. Even though they only ventured into his territory because it was a matter of life and death, unfortunately for them, they got trampled by his massive feet. God knows how many animals have suffered the same fate. Countless have become orphans, widowed mothers, and single fathers because of Deno’s tyranny. But the thing is, the universe has its way of setting things right. What the universe had in store for him was long overdue.

The year Deno met his demise, the monsoon season came sooner than everyone had expected. Monsoon season is something that animals did not look forward to, and rightly so. Sometimes the rivers would receive too much rainfall causing floods. But the animals knew well enough to avoid the floods by migrating every year.

Since Deno lived alone, he had no idea that the evacuation process had begun. The floods were supposed to be even more dangerous and rapid this year. Though his territory was not the closest to the flooding region, it nonetheless was one of the regions that get flooded every year. Now though Deno was a tyrant, he was also smart. He had memorized the pattern and always knew when to evacuate and when it is safe to come back. But this year, he had no idea that the universe had different plans for him. And because of how territorial Deno was, nobody ventured into his area to let him know otherwise. Why would anyone do that? Why help a tyrant out who bullies you every chance that he gets?

But since Deno was smart, he realized he needed to evacuate due to the heavy rainfall. But it was too late for him. Due to heavy downpour, the soil had loosened to the point that landslides had become common. And unfortunately for Deno, he was surprised by a sudden landslide. The same Deno who victimized others and now becomes the victim himself. Had he evacuated sooner, he would not be lying under a pile of soil in wait of someone to help him out. If not all, most of the animals that lived nearby had already left. However, there was a group of monkeys who were loitering around. It wasn’t that they did not want to evacuate, but rather, they were procrastinating.

They were a daring bunch who decided to venture into Deno’s territory before they evacuated the region. Sadly for Deno, the group had a member of it killed by Deno in the previous year. So, when they found Deno trapped under the wreckage, their joy knew no bounds. They finally got revenge for their dead comrade. And not just their brethren, but the many others who died at Deno’s hand. They made sure to throw some stones at his face to let him know how much they despised him. They knew that someone like Deno deserved no help. Instead, what happened to him is what he truly deserved.

The group of monkeys left him there to die. But that wasn’t the end of him. As mentioned before, Deno’s territory gets flooded every year, and this year was no different. As the days passed, the water came ever so closer to swallow the whole of his region. Deno, trapped under the soil, had no way out. And as a result, soon enough, Deno met his end by drowning in the floods.

The subsiding of the floods let the animals go back to more fertile lands. But to their surprise, they were greeted by dead Deno. The news of his death spread in the kingdom like wildfire. There were those for whom it was terrible news, for they had been able to benefit from the chaos Deno caused. But mostly, the reaction was of joy. Finally, the tyrant of the forest lay to rest.

There is a lot to learn from the life Deno lived. He had a lot of time to ponder about his life while he waited for his death. In those moments, Deno confronted all the wrongdoings of his life. Deno realized how poorly he had treated others. Deno used every chance he got to abuse his power, a power he gained by chance. It is not as if before birth, Deno decided to be an elephant for the sake of bullying others. He only cared about himself, unlike the other elephants who helped others out. Instead of putting his powers to good use like other elephants, he misused them. And so, Deno became the most hated animal in the kingdom.

Since he picked on every other animal he could find, the hate they had more him knew no bounds. Hence why all animals wanted him gone. There was not a shred of kindness in his heart, and his actions were a testament to that. Deno helped no one but himself. That is why when he needed help the most, he only had himself to help himself out. And we all know how that turned out. Hence why, always be kind to others and try to help them out. You may think you are fine on your own, but someday you might need the help of others. The first important takeaway from the story is that of being kind to others. The other is of treating others the way you want to be treated.