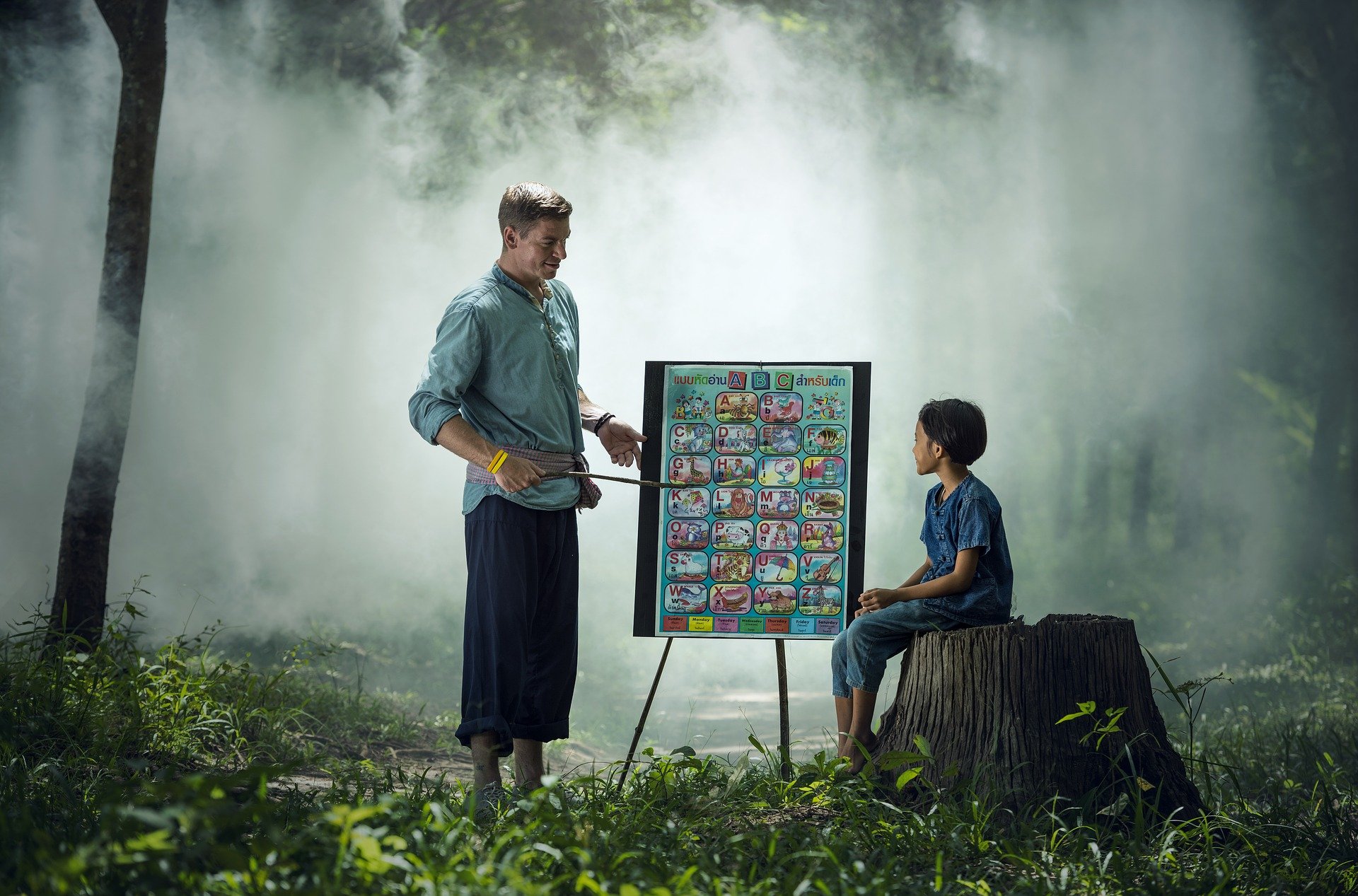 There was a boy named Shyam, who lived in small village of Uttar Pradesh. He was a brilliant child and only child of his parents. His mother and father both were farmers. As the village was in a remote area, people of that village were very poor and unaware of most of the facilities provided to other villages. People were working hard day and night for their survival. But Shyam’s parents wanted that their child should have a good future. They themselves were illiterate but thou taught Shyam good things and moral lessons of life. There was a small school in the village too, where they admitted Shyam to study.

Thou, the infrastructure and facility of the school was very poor still Shyam learned even a bit more than he was being thought. He was a very intelligent and smart child. He was also very curious to know about everything, he was a quick learner too. Shyam used to ask many questions to his parents, his parents answered his questions but as they themselves were not educated they were not able to answer all his questions. They thought that their child should get more education and better facility for getting his education, and were thinking to hire a teacher for him in the village but couldn’t find one.

Short story about karma with moral lesson – The Poisonous Test

One day Shyam’s father was passing through the outskirts of his village and saw a saint sitting in the shadow of tree. He thought that the saint looked very knowledge-full person, if he takes his child under his supervision, then his child will get a proper education and can build a wonderful future for himself. Thinking all these stuffs Shyam’s father went to the saint and took his blessings, then he asked that who was he and from where he came. The saint told Shyam’s father that he is a teacher, who teaches kids near river Ganga in Haridwar and he has taken a break for meditation and to find peace now. Shyam’s father tooked proper care of the saint and gave him food. The saint was very impressed from Shyam’s father and asked him that is there anything in which he could help him.

Instantly, Shyam’s father replied yes and told him about his son. He told him that his child was a very brilliant child but due his financial condition and the poor facility of village’s school, he cannot complete his education in a proper way. Shyam’s father urged the saint to take Shyam under his supervision and make him a good student, a good human and a knowledge-full person. The saint then wanted to meet Shyam. He then met him and saw his intelligence and brilliance in a very young age. The saint then said that he would teach Shyam for four months as a student and after four months he would take Shyam’s test and if then he would qualify the test then he will take Shyam completely under his supervision.

Time passed, saint was very impressed by Shyam’s behaviour and intelligence. And then the day came of test. Shyam was completely ready for the test and went to his teacher (saint). But when he reached there, he found that his teacher was not well, he was suffering in pain and he told Shyam that due to his health issues he won’t be able to take his test that day. Shyam just asked one question at that moment that “Sir, what can I do to reduce your pain, how can I help you”.

The saint said that there is one way but that is very difficult. Still Shyam was forcing his teacher to tell that way and then the saint said that, “ there is a forest nearby and there is plant in that forest and leaves of that plant are the medicine of his suffering, as after crushing the leaves and applying that paste of his area of pain he can get well”. The saint also told Shyam that the plant is very dangerous, as whoever even go near to that plant dies, so he suggested Shaym not to go there.

But still Shyam went to the forest in the search of that plant and he also found it. As he was moving near to plant, he was remembering his teacher’s words that, the plant was very dangerous and if he went near the plant he can lose his life too. Then at the second thought, he was thinking that the worth of his life was taught by his teacher and if he would be selfish at that point then all the education he has gained till then would be completely useless. As his life values were given to him by his  teacher, so it’s his moral and social responsibility to save his teachers life and then without thinking more he went near the plant, plucked the leaves of the plant and took them to his teacher.

When his teacher saw that Shyam brought the leaves of that plant, he was completely shocked. He asked him about why he risked his life for him. Shyam replied that his life was a gift by his teacher, as he gave a turning point of his life so it was his responsibility to help his teacher when he was in need. The saint was too much impressed by Shyam. He then applied the paste of the leaves and the next day he was completely fine. Shyam then asked  his teacher to take his test, the saint said him that he already have topped in the test, the test of God. As he did not even once thought about his life and risked it for the sake of others.

After that incident the saint took Shyam under his supervision and gave him the best education. After years Shyam became a very successful person in life, he lived a very peaceful life and always thanked his teacher for providing him everything he had then. His good Karma gave him a good result. So, it  true to say that our own Karma decides our destiny. Good fruits for good Karma and bad fruits for bad Karma.

Here, in the story we can clearly see that how karma works. The faith of Shyam’s parents in Shyam and that they would provide their child good education so he could have a great life ahead worked, as  their karma was pure so they reached to the saint. So, a true, faithful and laborious Karma will always give you the best result.

The Karma of Shyam just changed his whole life. As he did not even thought that he was risking his life for the sake of his teacher. His heart was pure and true. So, he just then selflessly risked his life and saved the life of his teacher. For this Shyam got the best education and then lived a wonderful life ahead.

The selflessness of Shyam teaches us that we should not be selfish and just think about ourselves, instead we should think about the people around us more and help them in need and not just when we see our profit in that need. As good things always give good fruits, so we should keep on doing good work without any selfish motive and then your Karma will surely provide you the fruits of it.