How to know if He is Serious about You? 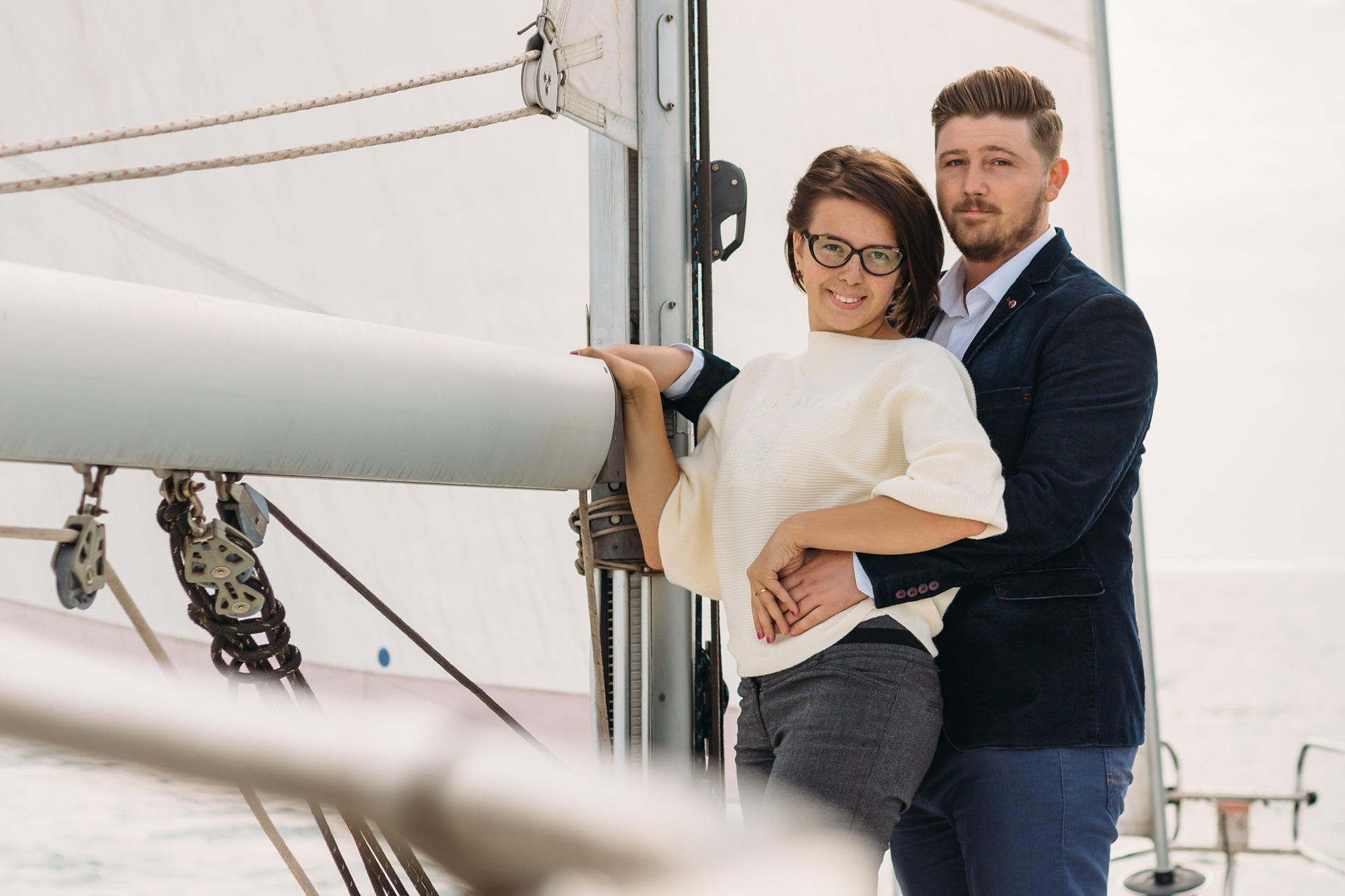 How to know if He is Serious about You?

In this article we are going to talk about the How to know if he is serious about you? People are sometimes indecisive; they themselves don’t know what they want in their life. We can never know what the person in front of us feels or thinks about us. When it comes to guys, they are pretty confused about their own feelings. Nowadays, people have stopped thinking about each other’s feelings. They just pull on a façade and fool people for their own hidden agenda. We could never know someone’s true intentions. We need to be really smart and alert to catch someone trying to fool us. It’s not like you have to beware of everyone you cross paths with, just try to read their actions and stay away if you feel something is fishy.

How to know if he is serious about you?

Guys can be really confusing when it comes to feelings and emotions. They try to hide that they actually feel something because they are ashamed to feeling this way. It’s not their fault really; it is how they are brought up in the society. While girls are taught to be “girly” and emotional and sensitive, guys are taught to be tough and hard-hearted. “Real men don’t cry”, “stop acting like a girl” – trying to avoid listening to such remarks, they feel that hiding their emotions is much easier than facing them. But they are humans after all, when they really feel something deep for their partner they’re all in and show their emotions through actions. You just need to pick up on those little gestures and you’ll know if he’s serious about you.

You need to look out for the efforts he puts in for you. It can be anything – from small to big. He will try to spend maximum amount of his time with you because he likes sharing his life with you. The Boy will prioritize you over everything when it is important. He takes care of you when you aren’t feeling too well, he will make sure if you have eaten your meals or not, he will check up on you if you both haven’t been able to talk for a while. All of this feels to cliché but this is how they show their love for you.

These actions can sometimes come across as clingy but it always comes down to caring for you.  If he loves you and is serious about you, he will put in as many efforts to prove his love for you as he can. If you notice this quality in him, you shall not hesitate from putting in efforts too.

Two people sharing a relationship should be considered as equals. There is no one superior or inferior to the other. He should be able to respect you as a person as well as his partner. He should respect your decisions, your opinions, your privacy, your boundaries and everything that he would expect you to respect in him. If he shares something about his life with you, he should also consider and respect your views on the matter. It is really important for him to respect you. In fact he should be one of the reasons you feel confident with being yourself. Respect comes with trust. If he cannot respect your decisions or opinions, it means that he does not trust you with important matters. It also shows how much he want you involved in his life, and that in itself speaks for itself.

Read Also: 10 Benefits Of Having A Boyfriend

Guys are taught well to hide their emotions. Beyond a certain point, it becomes a part of their nature to not show their true feelings in front of people. They’re humans too, they have feelings but have to pull on a façade and show that they are very tough. It is not like they don’t show their emotions at all, but mostly they express their vulnerability only in front of people they are really close to.

If he is transparent with you and does not hesitate to unveil his true feelings in front of you, he is serious about you. It shows that he trusts you to be his safe space. We all consider someone or the other as our safe space, where we don’t have to pretend. He has to drop he pretences and show you the real him and only then, you can be sure that he’s really into you.

Read Also: How to Make a Relationship Stronger with Your Boyfriend?

You cannot even think of being unfaithful to the person you are really in love with. That’s what he has to show you. If he is loyal to you, it shows that he is committed to you and total commitment from both ends is really important in a relationship. When he has you in his life, he doesn’t need to think about what other women might think of him. It’s not like a test of love, but more like an assurance that you can trust him. He has to earn your trust by staying loyal and showing his utmost love for you. In any case, he should despise even the idea of cheating on you if he is really serious for you.

Read Also: What are the Characteristics of a Good Boyfriend?

There is no space for the need of being not genuine in a relationship. You both have to be transparent in front of each other. For this to happen, you should be able to have faith that no matter what, he won’t judge you for being you. He should love you not matter how you are like, if he is only with you for an ulterior motive, he would try to change your personality into something he prefers. But if he really loves you he would never ask you to change yourself. Of course, in a relationship, both people try to be a better person for each other, but that should come from within and not forcefully. If you really can be yourself when you’re with him, he’s the one for you.

Read Also: Advantages and Disadvantages of having a Boyfriend

When he is really into you, he would pay attention to every little detail of your life. You likes or dislikes, your priorities, your work related issues, your preferences and even smallest of things you might mentioned casually. He should actually listen to you and you would know that he pays attention to you. Attention plays a very important role in a relationship. You both are together because you are happy that way. If you only have to think that is he or is he not paying attention to you then it doesn’t make any sense. It shows where you stand on his priority list.

7. The way he treats you

You should always take notice of how he treats you. He should treat you with love and respect. If a guy is really serious about you, he would try to show you that his entire life revolves around you. If he has promised you on something, he would keep his word and not disappoint you. He would treat you as his equal and wouldn’t try to be a burden on you. Not all guys are affectionate when it comes to expressing their love, but he should be able to show his love through his actions. Smallest of gestures mean a lot. He would care for you and would always want you to be healthy and happy.

Read Also: How to make your Boyfriend feel better when he is sad?

If he asks questions related to your life, it shows that he really wants to know you. He wants to get a deeper understanding of you. These questions should not feel like an imposition, they should be just casual questions that you can answer without feeling like you’re being interrogated. It should be just to get to know more about you as it shows how much he wants to be involved in your life. He should remain interested in your life as changes take place all the time. Man should not just assume that he knows every inch of you. He should feel elated when something makes you happy and should be there to console you when it’s not one of your best days.

9. Mingles with your people

If he is really interested in being a part of your life for a long time, he should try to mingle with your friends and family. Guys sometimes try to impress those people whose opinions matter for you. Again, it should not feel like he is forcing himself on you, but if you are comfortable, he should try to know the people who are important to you. This works both ways, if he is really into you he would try to make your relationship exclusive. He would introduce you to his friends and family and would want them to like you. He would try to show that you both belong to each other. This really shows how important you are to him.

A guy who is really serious with you, he would think about sharing his future with you. He would include you in all his future plans. He would want to think of building a family with you. People often make plans both for work ambitions and personal goals. You should be there in all of his personal goals he wants to achieve together with you. He should consider your dreams as his own as you should consider his dreams as your own. He would consider you both as one unit who are meant to spend the rest of their lives together. You should be each other’s friends, partners, better halves and soul mates.

Read Also: Why You Should Have a Relationship?

Do you see all these qualities in your partner? If yes, then congratulations, you have found the one made for you.