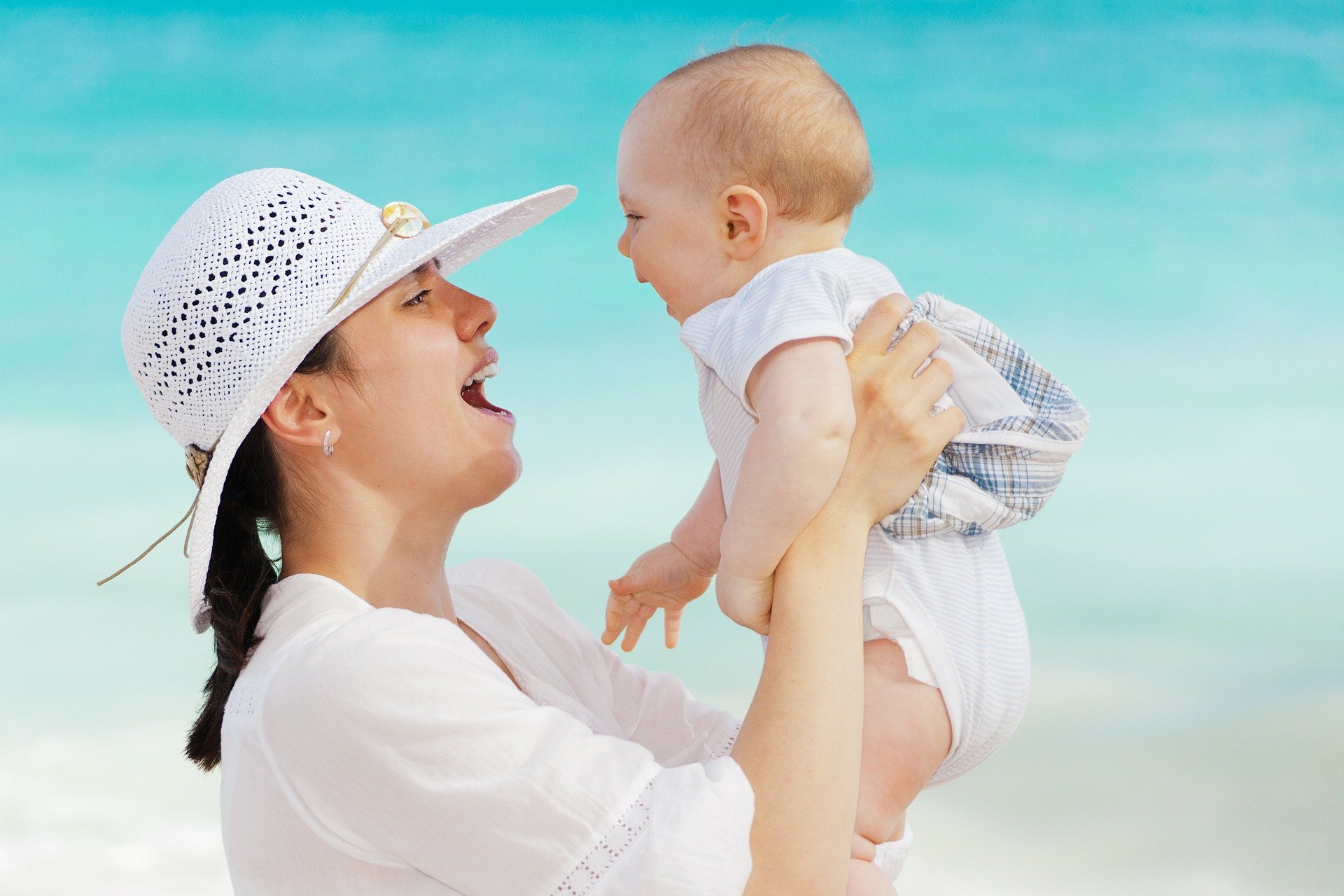 It was a sunny afternoon. You can tell it was sunny because some street dogs hid under the cars parked on the streets to get away from the boiling sun. The dogs that did find comfortable spots with plenty of shade were still panting with their tongues out. There were many such narrow alleyways in Delhi. But amongst the hundreds, a boy found refuge in one of them. He was sitting alone crying, contemplating suicide while holding a piece of glass in his right hand.

The boy seemed to be around 18 or 19 years of age. How did this young boy come to think that slitting his wrists is the best choice? What could he have done gone so wrong in his life that the only option available to him was that of suicide? How bad must have things turned out for him to sit alone, with a glass piece to his wrist.

To better understand why Ramesh wanted to take his life, one needs to look at the life he had lived up until that point. Ramesh belonged to a poor household, who lived below the poverty line. His predecessors did not think education was important, nor did their predecessors. As a result, they were having a much tougher time in their fight against generational poverty. To make matters worse, his father abandoned him and his family when he was ten.

Due to this, his mother had to take care of her father (about to be 70) and her three children. It is a lot of pressure, having to take care of 4 people, all of who are a liability since none can earn money. The contrast of demography also made it worse. She had to look after Ramesh’s little brothers and a senior citizen, both of who require utmost care. Coupled with their financial circumstances, it was not looking good.

Since he belonged to a poor household, his family did not enjoy many of the amenities others benefited from. Considering the age of everyone in his family, Ramesh’s mother had to work extra hard to make sure that her father lives to see another day. But since she is the only one earning money, all that pressure negatively impacts her health. She gets sick from time to time because she overworks herself for the sake of her family. And when she does get sick, the conditions of her family further deteriorate because she is the only earner of her family. It was something that been on Ramesh’s mind for a while now. He knew how hard his mother is working.

Not only did he understand the role she played of being emotional support for the family but also that of an economic one as well. He recognized that his mother must live. Primarily because he loved her from the bottom of his heart but because he also has two younger brothers to look after, and a grandfather who needed medicines due to old age. If something were to happen to the pillar of the family, that would be the end of all.

That is why Ramesh decided to help his mother out. But the way he did so was wrong. The thing is, Ramesh wanted some easy and fast cash so that the standard of living can quickly improve. Unfortunately for him, he did not realize that doing things the wrong way can land him into a whole lot of trouble. The only way Ramesh could think of earning a lot of money in a short period was by resorting to gambling. But there was another issue he had to deal with before he could help his mother out. He had no money to gamble with. It was this that marked the beginning of his downfall. It was from here on onwards that things took a turn for the worse.

Though his intentions were right, he did not think through the consequences he will have to face in the future due to the actions taken by him to earn money. All he could think of was of helping his mother out, regardless of how he did it. Since he thought he was doing the right thing since his intentions were pure, he stole from his mother for him to gamble. He had figured out where his mother was keeping some saved money, which she managed to do by working for years. In his head, he was doing this for his family and his mother. But unfortunately for him and his family, merely having good intentions was not enough. That is because actions have consequences. In his case, his whole family had to suffer.

If stealing and gambling were not bad enough, he was also a degenerate gambler. In the beginning, he won some money, but that was beginner’s luck shining through. Plus, the others were testing his skills. Unfortunately, he let it get to his head and kept playing instead of walking away with his wins. And soon enough, he found himself in losses. But he could not let that slide. The reason why he started gambling in the first place was to earn extra money for his family. He believed that he had to cover his losses in whatever way he could. Otherwise, he made the situation worse for his family.

He further increased the burden by losing money that could have been used for medications for his grandfather or food for everyone to eat. Keeping that in mind, he decided to win it all back, and more, by playing big. He stole every penny his mother had saved in hopes of at least breaking even. However, that was another mistake added to the long list. He ended up losing her savings, which she later found out.

But that was not the end of it. Although Ramesh’s mother forgave him because his intentions were pure, his actions gave rise to situations they both could have ever imagined. Regardless of how small his mothers’ savings was, it nonetheless acted as a financial safety net. Since he lost it all, his family had also lost the safety net that could have been used for good.

Unfortunately for them, the youngest child from their family contracted pneumonia. And the safety net they could have previously relied on was not there anymore. To help her son, she used a portion of her income for medications for her son. As a result, some days, her mother would not eat a meal so that everyone else could. On other days they had to make do with eating rice and salt. The lack of consumption of food led to the whole family being physically weak due to malnutrition. But it all came crashing down when Ramesh’s brother eventually passed away because he could not get the proper treatment that he needed.

Everyone was left devasted. The grief that comes along with death is difficult to digest. Though they saw it coming, it was nonetheless difficult for everyone. But the person who was the most affected by it was Ramesh’s mother. It was as if a part of her had died when she lost her son. The glimmer in her eyes that was once there was gone. The brave face she had put up for the longest time had disappeared. The absence of her husband and the loss of a child were all too much for her. It broke her. How could she be alright, considering the amount of burden she had to shoulder?

Ever since her son passed away, she has distanced herself from life. She used to think that life was beautiful, despite the conditions they lived. But that was before she lost her youngest child. As a defense mechanism, she decided to become numb to things. She thought that if she could not feel, she would not have to confront the different tragedies of her life. She was more than fine with becoming a doll that does not understand the concept of feelings. That became her safe space.

She also grew distant from Ramesh. The loving mother and son relationship that was once there no longer existed. Once she started processing what had transpired, she figured that Ramesh is the reason behind the death. Though she never verbally said it, everyone in the family knew that she blames Ramesh for the passing away of her son. Ramesh knew it as well.

Ramesh already blamed himself for the situation the family found themselves in. But his mother’s view made it all the worse. He could not handle all the guilt that he was feeling. There was no place for him to hide. And soon enough, as a result, much like his mother, he fell into depression.

That brings us to the present, where Ramesh sits in that gloomy alley, contemplating his death. And all of it started with him wanting to help his mother. Things could not have gone more wrong for him. Though his intentions were pure, it was his actions that caused all the problems. He first stole money from his mother that could have potentially kept his brother alive. Secondly, the way he wanted to earn money was wrong as well. He neither had the math skills nor the bank balance to make profits. If he wanted to, he could have sold newspapers or anything else other than stealing and gambling to help his mother out. But no, he chose to gamble. He also lost all the savings in hopes of winning it all back.

There are many things one can learn from Ramesh’s story. That of not stealing, avoiding the sunk cost fallacy, etc. But the biggest takeaway is that you must always walk on the path of righteousness. Even if it is for the sake of pure intentions, never do what is wrong. It will make your life easier because comparatively, wrong actions tend to make your life harder. Ramesh’s story is a prime example of that. Remember, no matter how hard life gets, walk the path of righteousness. You will save yourself and others from unwarranted trouble.