Advantages and Disadvantages of Playing Volleyball 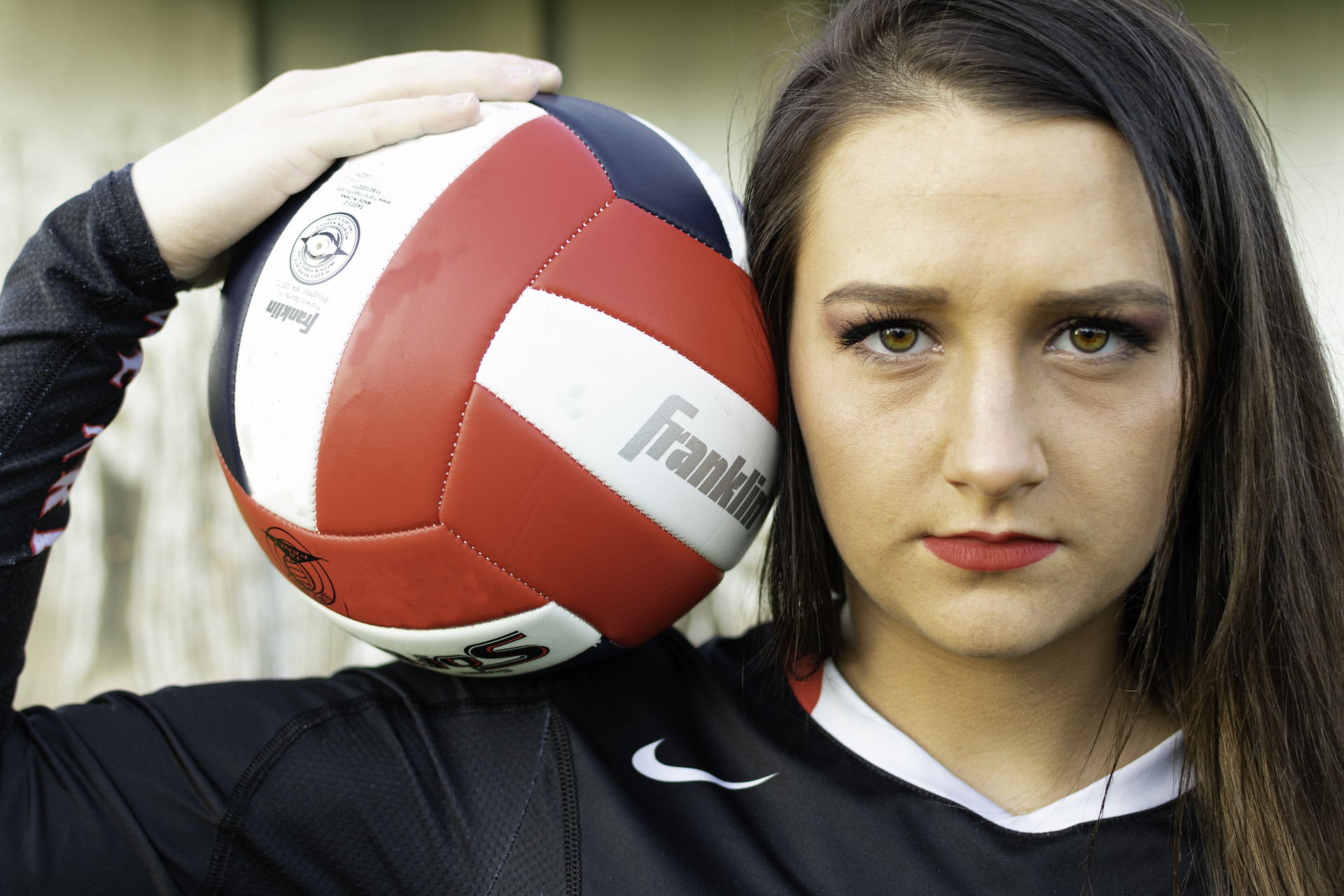 Advantages and Disadvantages of Playing Volleyball

In this article we are going to talk about the advantages and disadvantages of playing volleyball. Any physical activity that involves physical movement and skill can be defined as sports. It involves individual or teamwork. Volleyball is one such sports item that involves team play. It is a team sport consisting of two teams with six players on each side and separated by a high net. Each team bat the ball to the opposite court trying to make the ball touch the ground which is then prevented by the opposite team by batting the ball up. The game was invented by William G. Morgan in 1895 and added to the Olympic games in 1964. Handball and Beach Volleyball are other variations of the game.  There are various advantages and disadvantages of playing Volleyball.

The advantages of playing volleyball are mentioned below in detail:

The most important advantage of playing volleyball or any sports item for that reason is the physical fitness it provides. It helps players develop a healthy body, improving blood circulation, balance and reflex actions. The coordination between the various body organs, muscles and joints gets enhanced together with the advancement of strength, speed, flexibility and endurance. The play also helps improve the concentration which in turn upgrades the daily life of the individual.

Playing Volleyball requires a coordination between eyes, hands and legs. The abdominal and thigh muscles is strengthened, and the joints also becomes strong. Apart from the play the exercise done prior to it also helps improve health, thus preventing various health diseases such as cholesterol, diabetes and other lifestyle diseases. Thus, the enhancement of health and physical fitness becomes the major result of playing Volleyball.

Read Also: How to Increase Stamina For Swimming?

2. The player acquires a gregarious attitude

Volleyball is a team sport which requires coordination and understanding among the members of the team and the opposite team. The teamwork provides a ground for an individual to interact with other players. Every person is obliged to accept and behave cordially with others. It leads to the development of a socially healthy human being and an ideal citizen for the country. It also helps a player to break his/her shackles of exclusion and to move into the society thus building an ambivert nature within him/her.

The adjustments made during the play equip him/her to face the harsh realities of the daily life. Together with these playing Volleyball or any other sport will reduce the screen time spent by the individual. In this world of technology there is a higher tendency to socialize virtually leading to a lack of relation in real life. Playing outdoor games is one of the ways by which this growing tendency can be tackled, chiefly among children.

Read Also: Why we should do exercise regularly?

3. Equipped to face challenges in life

Every game played is a practice to win the game of life. While playing volleyball an individual is trained to control his/her emotions and feelings. He/ she encounters success and failure alike, train themselves to accept shame and pride the same way and above all to learn from his/her failures. The player is schooled in various other levels such as in the ability to act quickly, to plot strategies and plans, to face opponents bravely, to overcome hurdles and to be optimistic in life. The person also acquires pro-social behavior indirectly.  The confidence gained during the play becomes useful while encountering an interview board. The person also receives training in negotiating with others. For girls the physical strength obtained through the play is also useful to protect themselves from evil humans especially for women.

Read Also: What are the characteristics of a physically healthy person?

Talent is what matters while being considered for any profession. A highly talented volleyball player can consider taking it as his/her profession. If a person decides to pursue the game as his/her career, with continuous practise and hard work it can be made possible. There are numerous international and national volleyball players in and out of the country who have made their passion their profession. In is a matter of both pride and benefit to be able to represent one’s country in an international game. Moreover, these players are provided special quotas by which they are provided with a permanent government job. He/she can also work as a trainer or coach for the junior players. These are some of the long-term advantages of playing volleyball.

Read Also: How to Increase Stamina For Playing Soccer?

Spending free time in front of the screen has become a common tendency among the millennium kids. Even children below the adolescent age is seen reluctant to either come out of their shells or interact with other children in the neighbourhood. This often leads to serious health issues. Lack of physical activities leads to a deterioration of their health. Playing volleyball could be helpful to overpower the issue. The team play creates a better bonding among the players and a common friendship. Apart from building a healthy body it also develops a healthy mind and spirit. They get skilled in learning, exploring and socializing with others. The workout refresh the body as well as mind providing a greater energy to perform other activities.

Read Also: How to Increase Stamina For Running?

The disadvantages of playing volleyball are mentioned below in detail:

Like any other sport, playing volleyball too have some disadvantages. The most common is the injuries that occurs while playing the game vigorously. Volleyball is a game which requires spontaneous movement of hands, shoulders and legs. A lack of proper exercise can often lead to grave injuries and even sometimes be fatal. usually a player gets injury in his/her ankles, shoulders, spinal cord and knees. Proper exercise, hydration, conditioning and daily practice are ways by which these accidents can be prevented. The injuries mostly occur during the initial stages of a player. With practise these can easily be avoided. Following rules and rightly executing them helps prevent injuries.

Read Also: How To Improve Your Appearance?

Involving in physical games is a method to cope mental stress. Even so, the game itself can sometimes increase stress and pressure for individuals.  While playing for a team the pressure to score overrules every other factor. The competitive spirit that develop among the team instills a pressure to win. It is more visible in introverts and pessimists. They find the game a stressful venture. The weak players also face the same problem. A need for acceptance overrides their need to enjoy.

The person may consider quitting more appropriate. Proper encouragement and support from other team members is necessary in such situations.  This anxiety is more visible during the various volleyball competitions held between two authorized teams such as state level and national level games. This issue can also be tackled using proper mental exercises to cool the body and mind which will not only reduce stress but also prevent accidental injuries.

Read Also: Why We Should Do Meditation?

Too much of something can turn out to be bad. A person who is excessively involved in playing volleyball neglect other responsibilities which affects his daily life. The case is more serious in the case of students whose chief priority is to study and attain education. When a student gets involved in playing volleyball and remain indifferent to other tasks and homework it affects his studies and refrain him from scoring high grades during exams. It is important that a specific time is fixed for every activity including studies and games. It is appropriate for a sports student to concentrate in his games, but it is not the same with other students. This awareness help students to make use of their time more systematically.

Read Also: What Should I Do When I Am Feeling Depressed?

4. The moral stance of the player

Every game has its own rules and regulations which must be followed for the smooth flow of the game. It makes the game more entertaining and relaxing. When playing volleyball is taken as a competition the desire to win overrules morality. A player who considers the success of his team a more necessary requirement has a greater tendency to employ illegal methods to win. This leads to a moral degradation of his/her character and the team. The purpose of playing a game is not refreshment of the body alone. It should always lead to the moral upliftment of the players too. This is what brings the holistic development of the individual.

Read Also: What to do when you are feeling sick?

Another disadvantage of playing volleyball is the unhealthy relations in which the player may get involved. Volleyball is a team game where a team work together for a considerable period during which a player gets more attached to a few whiles showing animosity to others. Even though this happens once in a blue moon this tendency cannot be neglected as it can adversely affect the proper functioning of a team. The players should be trained to keep away all emotional attachments and detachments towards others and should work for the collective benefit of the team.

Read Also: What are the benefits of playing games?

Volleyball is a game that can be played both as an entertainment and as a profession. The advantages of playing the game can be employed by everyone for the physical and mental growth. Even though there are a few advantages for the same, they can be subdued by following the guidelines prescribed by the authorities.